Elliott crossed the stripe .439 of a second ahead of Stewart after battling his father, Bill, for much of the 77-lap race around the .596-mile oval.

Chase started fourth in his No. 94 machine and by Lap 32 of 77 was second to his father, who led from the start. Chase took the lead from Bill for the first time on Lap 53, only for Bill to take it back a lap later.

“I don’t know who lit a fire under him,” said Chase about his father. “I had not seen that in him in years. It was amazing and a lot of fun. I thought it was going to be between he and I. I think he just got a little high into (Turn) 1 and missed that restart. Other than that, it was so much fun.” 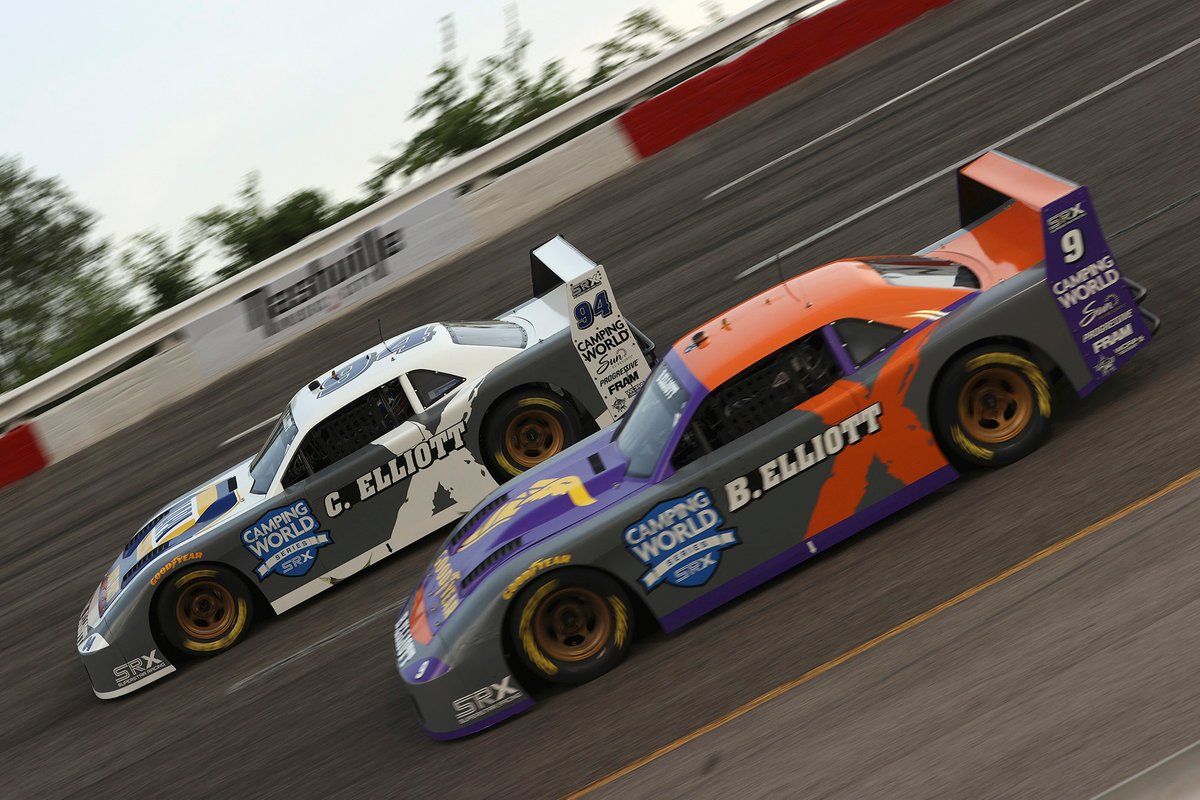 Nashville marked only the second time Bill and Chase had raced against each other. The first time came on Oct. 20, 2013, in the Alabama Pro 125 Late Model race at South Alabama Speedway, where Chase won and Bill finished fourth.

“I didn’t need to happen what happened there (on the final restart). I just didn’t get all the stuff off my tires like I needed to. I just rolled up the hill, I was in it, then I got in it, then I was fighting,” Bill said.

“I was trying to get back to Tony but then I lost my drive up off and I was really having a hard time controlling my wheel spin up off the corner.

“Man, I tell you what, it was a lot of fun. I knew the way the tires were on these cars and the way Chase manages his stuff, he was going to be hard to beat. I know he didn’t have the best car, but he knows how to get it to the end.”

Stewart, who clinched the inaugural series championship before the second heat race ended, drove from fifth in the 12-driver field to begin engaging the Elliotts just past the midpoint of the race.

Stewart passed Bill for second on Lap 61 and promptly set his sights on Chase. While Stewart got close, Chase held onto the lead and held off Stewart.

“How could you ask for more than to finish between two Elliotts?” Stewart said. “That’s pretty badass in itself, and we really appreciate NASCAR and Hendrick Motorsports for letting Chase come run with us. It means a lot to us; it means a lot to Bill.

“Winning this championship is awesome. I really appreciate Marcus Lemonis and everyone at Camping World for stepping up and helping us when we needed to get this thing off the ground, and all of our partners that have come on board. On all of these cars there are different sponsors, so a lot of people made this happen.” 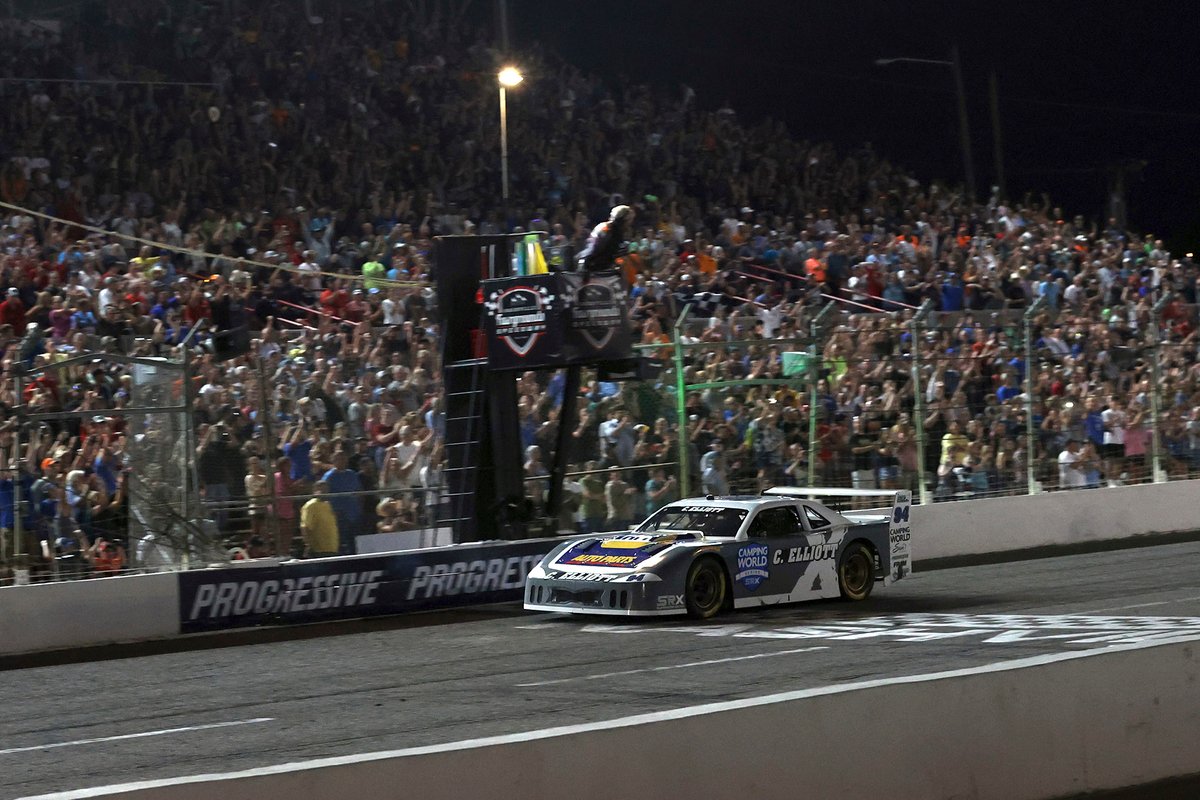