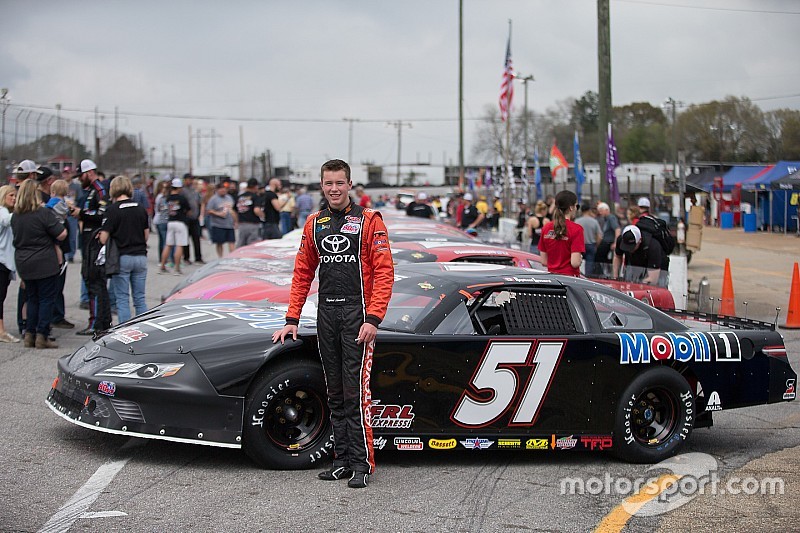 The CARS Response Energy Tour returns to Myrtle Beach (S.C.) Speedway for the first time since 2016 with a doubleheader at the historic facility Saturday afternoon.

This weekend’s BakerDist.com 200 will act as the season opener for Super Late Model competitors as they’ll race for a $10,000 to win, which is what the Late Model Stocks competed for in their season opener at Tri County Motor Speedway two weeks ago.

Among the drivers expected to challenge the St.-Joseph de Beauce, Quebec, native for the win will be Preston Pelteir, Matt Craig, and Jeff Fultz.

“It’s going to be a lot of fun to get back to Super Late Model racing at my home track in Myrtle Beach,” said Dean. “That’s the closest track to Bluffton, so we’ll have a lot of family and friends in the stands to cheer us on.

“We came really close to winning this race a few years ago, so we’ve got some pretty high expectations coming into the weekend. There will be a lot of people from Baker Distributing that will be on hand too, it’s just going to be a big weekend for us all together.”

The Late Model Stocks will feature some of the best drivers who’ve enjoyed success at the beach including 2017 Myrtle Beach 400 winner and defending CARS Tour LMSC champion Josh Berry.