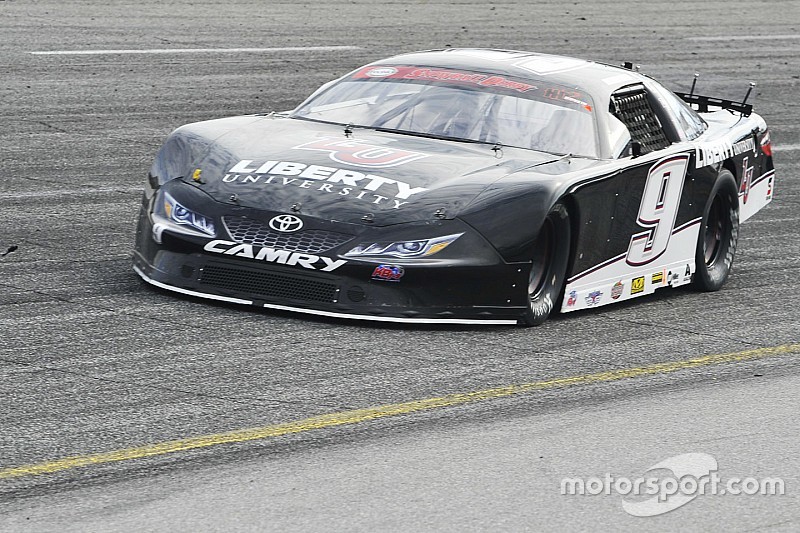 William Byron will start his last official race with Kyle Busch Motorsports from a familiar position – the pole.

Byron, who won rookie of the year honors and a record seven races in the Truck series this season with KBM, is set to move fulltime to the NASCAR Xfinity Series in 2017 with JR Motorsports.

But there remains some unfinished business.

Part of it was rectified on Friday night, when Byron won the pole for Sunday’s 49th annual Snowball Derby at Five Flags Speedway in Pensacola, Fla., with a fast lap at 16.201 seconds. He started 15th and finished eighth in his only previous Derby appearance last season.

“It’s definitely bittersweet but at the same time it’s also exciting to be joining JR Motorsports next year and working with all the guys at Hendrick Motorsports,” Byron, 19, told Motorsport.com.

“This year has been just amazing and Rudy (Fugle, crew chief) has really taken me under his wing and really coached me. They really brought my potential out, I think. It’s been a really fun experience at KBM.”

Byron barnstormed through the Truck series this season, winning seven races and three poles and entered the series’ inaugural Chase as its No. 1 seed. A blown engine at Phoenix prevent Byron from advancing to the Championship 4 but he still finished fifth in the series standings.

Even with everything Byron accomplished this season in NASCAR competition, he is intently focused on winning the Derby.

“It would be huge. It’s definitely become a resume builder. Erik (Jones) and Chase (Elliott) have both won this race multiple times and it would be huge to add it to my resume,” Byron said.

“I would feel like I really had accomplished what I needed to in short track racing. It would be really neat. I really need this one.”

Byron knows Sunday’s 300-lap race will require an exemplary effort from both he and his team to reach Victory Lane.

“We need the car to handle well, no mistakes on pit road. You can’t make mistakes,” Byron said. “Ultimately, you have to be there at that last 25 laps to get your last set of tires and really go for it.

“Hopefully we’re there and avoid all the messes early on in the race.”

There will be plenty of familiar NASCAR faces starting up front with Byron on Sunday.

Byron’s teammate at KBM this season, Chrisopher Bell, qualified sixth and the driver slated to replace Byron next season at KBM, Noah Gragson, will line up seventh.

Dalton Sargeant, Todd Gilliland and Spencer Gallagher all failed to qualify in the Top 30 and will compete in a last chance race on Saturday in a final attempt to make Sunday’s Derby field.