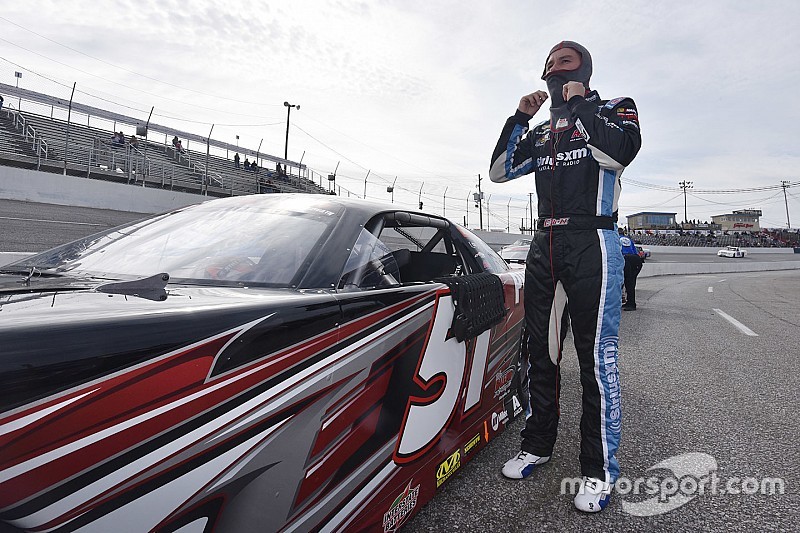 Christopher Bell is not looking for any sort of redemption at this season’s Snowball Derby.

What he wants simply is to win “a very big race.”

Bell crossed the finish line in last season’s Derby at Five Flags Speedway in Pensacola, Fla., but his car was disqualified in postrace inspection and Chase Elliott, who finished second in the race, was declared the winner.

With another fast car at the Derby this season – Bell will start sixth in Sunday’s 300-lap race – there has been a lot of talk of Bell looking for redemption for last season, but he’s not biting.

“I’m not looking for any sort of redemption. Not at all,” Bell told Motorsport.com on Saturday. “I’m just here to race. This is one of the biggest races and something that I want to win.

“I was fortunate enough to win last year but, obviously, it’s not in the record books, so we’re here to do it this year.”

It was only a few years ago that Bell, 21, was racing primarily sprint cars and midgets on dirt tracks across the United States.

Moving up the ladder of success

He has since moved quickly up the ladder of success since moving to pavement, including a stellar run in NASCAR’s Camping World Truck Series, where he advanced to the Championship 4 this season of the series’ inaugural Chase and finished third in the series standings in his first full year in the series.

Bell said the Snowball Derby reminds him of a lot the bigger dirt races in which he has competed and he likes to race as much as possible.

“I have to be racing something, somewhere,” he said. “It’s kind of an offseason race and there isn’t much else going on and it’s fun to be a part of.

“It would sort of cool to win back-to-back even though I didn’t technically win last year. It’s just that it would mean a lot to Kyle Busch Motorsports, it would be mean a lot to myself and I think it would be a pretty big statement, too.”

Bell’s KBM teammate, William Byron, will start from the pole on Sunday so the KBM organization is in good position to field another winner in what is often referred to as the “Super Bowl of short track racing.”

Bell was very confident after what he believed was a strong final practice session on Saturday.

“We unloaded a little bit off, but every time we hit the race track we get faster and faster,” he said.

Asked if he feels as confident going into Sunday’s race as he did one year ago, he said, “Pretty, pretty close. You never know what the outcome will be but I feel like we’ve done our homework and we’ve got every opportunity to get back to Victory Lane.”