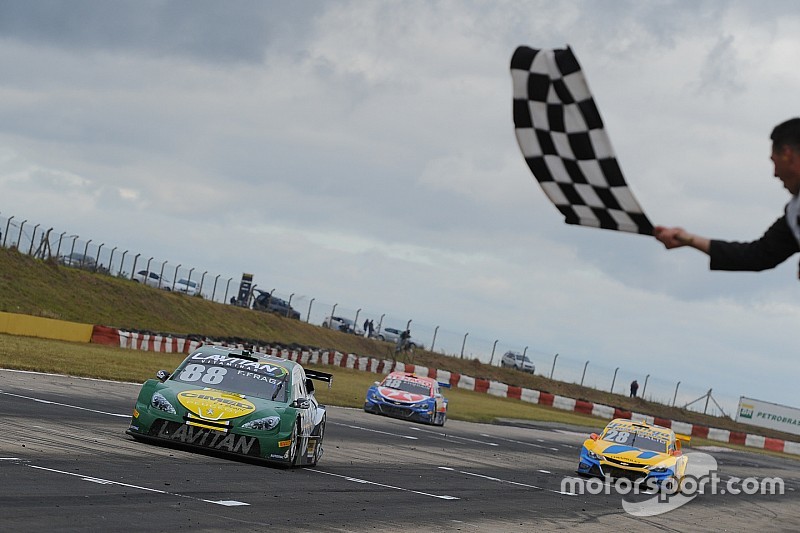 Fraga lead start-to-finish on race one and took the championship lead; Wilson took a bet starting race two on the 22nd position to win

Round four of Brazilian V8 Stock Cars presented the great crowd in Santa Cruz do Sul with two races full of alternatives, overtaking maneuvers - and some crashes as well. The winners were Felipe Fraga and Max Wilson. Fraga, who started from pole, had Allam Khodair following him in second place and Daniel Serra third.

"I knew I was faster than Allam (Khodair), so I had to manage the gap. We’ve accomplished our goals, which were to get pole, win the race and claim the championship lead", said Fraga.

Max took a risky strategy after a puncture on race one and have chosen to change all four tyres. Altought out of the top-20 scorers, he knew he could win the second heat. And so he did, being waved with the chequered flag in front of Rubens Barrichello, who had a difficult weekend qualifying only 20th, and the newcomer Felipe Guimarães.

"The pit stop at the end of race one was determinant. I wouldn’t score any points there, so we took a bet putting fresh tyres and go for the second race. And it worked", concluded Wilson.