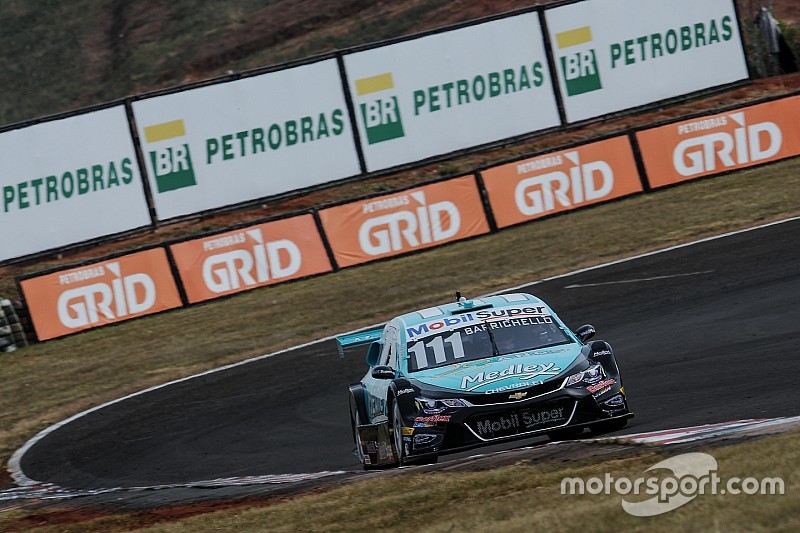 After suffering with and unstable car the previous round, the 2014 champion flew on qualifying and will start on pole position for the fourth time in his Stock Car career

Rubens Barrichello was the fastest man on qualifying and took pole position for the fifth round of Brazilian V8 Stock Cars this Saturday afternoon in Viamão, at the Tarumã circuit. It was his fourth pole on his Stock Car career - the last one was in Curitiba/2014, the round that secured him his title that year.

He will start in front of his teammate Allam Khodair, who set the fastest lap on the second free practice, for the first time lapping below 1min08s. He held P1 on qualifying until Rubens got to the track. The 2014 champion had to sit and wait for the Cimed cars of Marcos Gomes and Felipe Fraga try to beat his laptime, but the current series leaders only got third and fourth places.

"We’ve done our homework. It was a great job of this group. They trusted me back in Santa Cruz when we had difficulties with the balance of the car. They dismounted the whole car and we found some minor problems that, combined, made a great difference. And now I hope this could be the start of a great phase in our championship battle", Rubens said.