Sunday’s sixth round of the Brazilian Stock Car Championship at Curitiba was disrupted by two bizarre track invasions – both human and canine – as well as the huge crash that caused two drivers to be hospitalized.

Firstly, last Friday’s free practice session was marred by a pack of stray dogs running on to the track (main photo).

According to reports, some track employees had been taking care of the dogs recently, but they escaped through fences and ran on to the track while cars were circulating at speed.

Sunday’s opening race was marred by the massive crash on the start/finish straight, when Thiago Camilo suffered a mechanical failure and his slowing car was struck by former IndyCar racer Raphael Matos and Felipe Fraga... 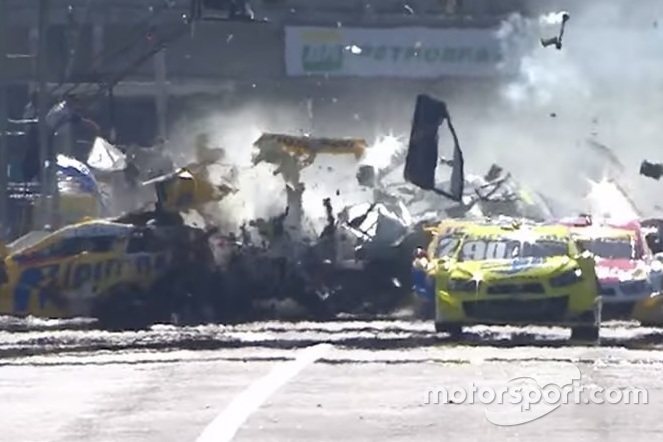 Both Fraga and Camilo were hospitalized, but only Fraga was kept overnight for observation.

Boy runs across racetrack after restart

When the race was restarted, a small boy ran on to the middle of the track, apparently to collect some car pieces as a souvenir. Nobody was hurt in this incident. 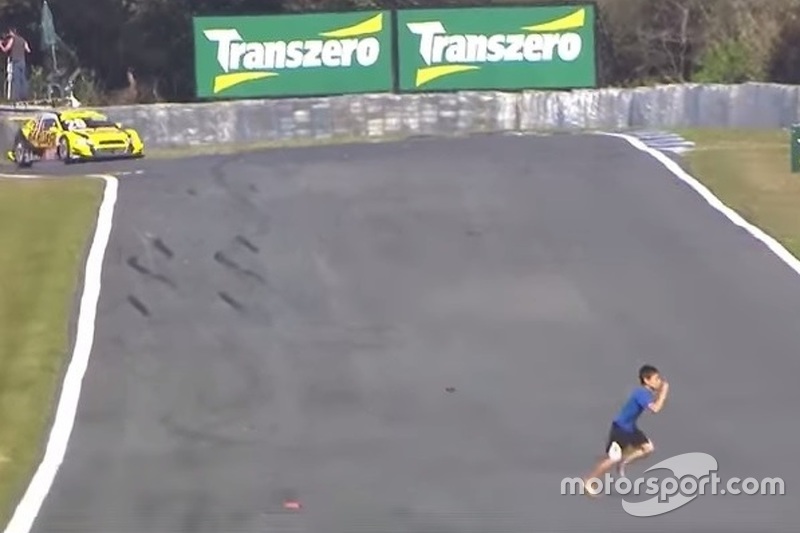 A kid crosses the track

Matos defends substance use, saying it was to fight against tumors