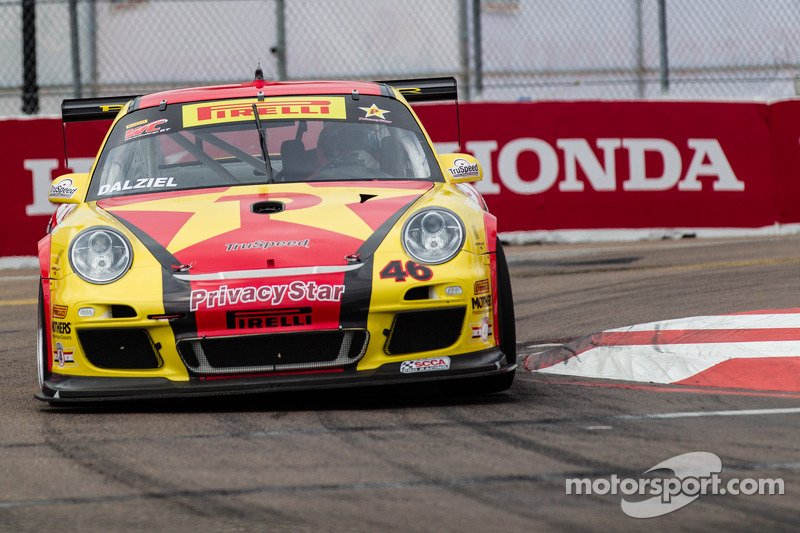 Privacy Star, Entrust, and Bridgehampton Capital Management suspend support of Pirelli World Challenge team TruSpeed Motorsports, but will continuing their support of the team's campaign in the IMSA GT3 series.

“Privacy Star, Entrust, and Bridgehampton Investments have all agreed to withhold their support of the Pirelli World Challenge racing program until they can be assured of a higher level of professional standards,” said Charles Morgan, Executive Chairman of Privacy Star. “It saddens me greatly to see the poor level of officiating. We are hopeful that our withdrawal will compel the series to take the actions required to have a true professional championship in the future.”

As a part owner of WC Vision, this is particularly hard for me.

Targeting results in the season-opener that would propel the team toward another Pirelli World Challenge GT Championship, TruSpeed hired Rolex 24, Sebring 12, and Le Mans 24 Hour Champion Ryan Dalziel to race the No. 46 Privacy Star/Entrust Porsche for the 2013 season. Following a dramatic and popular victory in Race 1 with Dalziel, the No. 46 Porsche was found to be out of compliance as the front splitter was deemed to be too wide. The team was stripped of the victory and the corresponding points for the technical infraction.

“Privacy Star, Entrust, and Bridgehampton Investments have a long history of supporting teams competing in World Challenge and are very proud of what has been accomplished in the category,” said Morgan. “As a part owner of WC Vision, this is particularly hard for me. But this was a very challenging and personally embarrassing weekend, and it is clear that I cannot conduct business in this environment. If the WC Vision and SCCA Pro Racing are able to take the right steps and raise the level of professionalism, officiating, transparency, and overall management of the series, we would be highly motivated to participate in the future.”

Privacy Star, Entrust, and Bridgehampton Investments will continue to support the TruSpeed Motorsports campaign in the IMSA GT3 Cup Challenge by Yokohama.

Drissi picks up a pair of top-ten finishes in St. Petersburg

Ken Stout Racing debuts their Scion FR-S on the streets of St. Petersburg