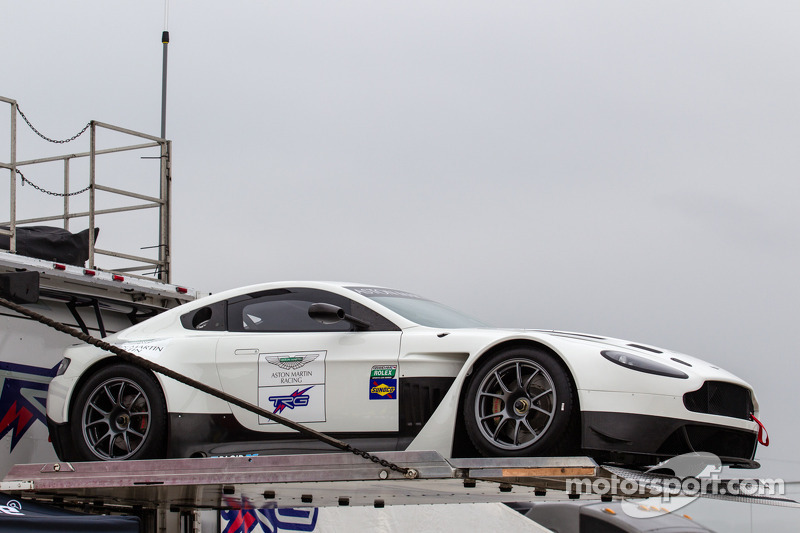 The Racer's Group-AMR North America is ready for their debut race in the Aston Martin Vantage V12 GT3s with Kevin Buckler back in the driver's seat at his home track in California. 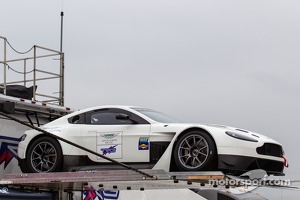 The event is one that will allow the TRG-AMR team to get its Vantage V12 GT3 some track time with a strong field of competitors in a sprint format. The team will use this experience as a building block towards 2014 to showcase this amazing new car and the Aston Martin Racing program, to any interested teams and drivers.

The Aston Martin Racing Vantage V12 GT3 racecar has competed internationally in the last two years. During that time, the car has achieved dozens of race victories in a variety of GT race series around the world. TRG-AMR hopes to bring that success in the PWC GT class to its backyard of Sonoma Raceway.

TRG-AMR has undergone an extensive testing program in the run up to this debut. For Buckler, the opportunity to personally introduce the Vantage GT3 at the same track where he and TRG made their pro debut nearly 20 years ago was too good to pass up. This is also the location of Buckler’s first pro race victory in 1995, and also his last professional race at Sonoma in 2003, where he sat on the pole position for a very competitive ALMS GT race. Therefore, the TRG-AMR team worked extensively throughout the last month to ensure that the Aston Martin’s potential is maximized and that the team is ready.

TRG-AMR will also field three Aston GT4 Vantages in the GTS class. The GT4 cars will be piloted by:
Brandon Davis (No. 27) sponsored by Barracuda Networks
Mark Klenin (No. 62) sponsored by Premium Copier
Drew Regitz (No. 63) sponsored by AssociationVoice

The GT4 contingent is building a new, viable program based on the data acquired in testing and events in which the Vantage GT4 has competed in this year. In addition, the team is excited to not only have Klenin and Regitz back for their second race event, but is also pleased to welcome back Brandon Davis who raced at Long Beach for the Northern California team. Furthermore, the three-car pairing will allow the drivers and team to collect and share data to quickly maximize the engineering and set up on all of the team driver's cars.

“I couldn't be more excited to be making the debut of our amazing new Aston Martin GT3 here at my home track in Sonoma”, stated team owner Kevin Buckler. “Our Aston Martin racing guys both here and in England have been working overtime on all of the testing and development so that we can present a competitive platform not only to the series but also to any other interested teams or drivers. At first I wasn't sure about driving the car for this weekend's event but over the years, traditionally, I have always shaken down our brand-new top class cars and after driving and testing this car over the last few weeks…. I am just hooked… so I’ve got to give it a shot. The car is amazing and when you drive it hard it feels almost ‘angry’… and it always wants more. We have customarily done well at Sonoma but it has been a long time since I have competed in a professional venue at this level and the GT drivers in Pirelli World Challenge are some of the best in the business. I'm looking forward to just running a clean race, doing my best and having a fantastic first outing for our new GT3.”