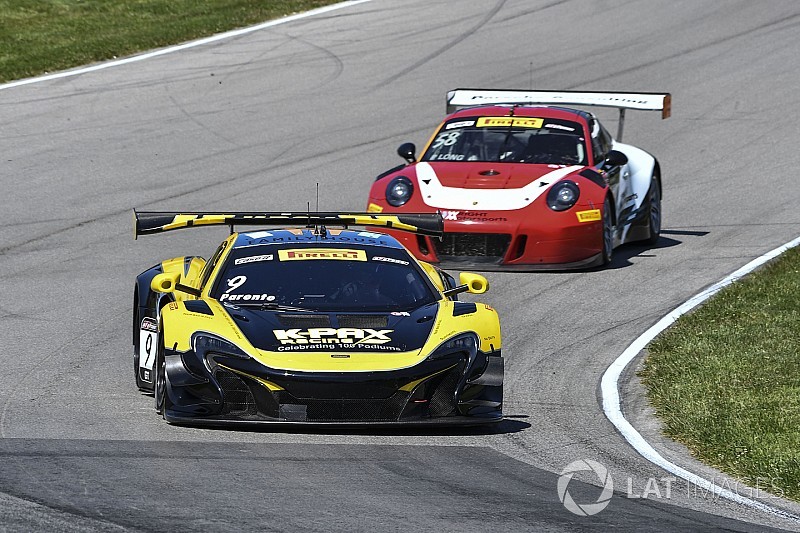 Austin, Texas – In recent years, the fight for the Pirelli World Challenge point championships have come down to the last lap in the final race and the shootout for the 2017 titles looks to be no different.

The next rounds of the Pirelli World Challenge -- PWC Grand Prix of Texas -- at the Circuit of the Americas on Sept. 1-3 will hold extreme importance for the SprintX field (34 teams in the 60-minute, two-driver format) as the 10-race championship comes to a close with three SprintX features on the Labor Day weekend.

After an inclement weather postponement on Round 4 at the Canadian Tire Motorsports Park, the COTA weekend racing schedule will now feature one-hour SprintX main events on Friday, Saturday and Sunday at the state-of-the-art 3.427-mile, 20-turn permanent road circuit southeast of Austin.

With the SprintX racing this year featuring the likes of Acura, Aston Martin, Audi, Bentley, Cadillac, Ferrari, Lamborghini, McLaren, Mercedes-AMG and Porsche, the competition level has proven to be some of the best GT-Production racing in the world. Six different teams and auto manufacturers have captured SprintX features in the first seven events.

I think COTA will be extremely important for the overall GT championship run.

And the tripleheader SprintX action at COTA could be the best of the 2017 PWC campaign. The last SprintX races at Utah Motorsports Campus displayed the closest race of the year at 0.220 seconds between winners Peter Kox and Mark Wilkins in the No. 93 RealTime Racing Acura NSX GT3 and second place Daniel Mancinelli and Niccolo Schiro in the No. 31 TR3 Racing Ferrari 488 GT3.

Porsche’s Patrick Long of Manhattan Beach, Calif., maintains the lead with 259 points in the No. 58 Wright Motorsports Porsche 911 GT3 R over Cadillac’s Michael Cooper of Syosset, N.Y., at 254 in the No. 8 Cadillac Racing Cadillac ATS-V.R. Reigning GT champion Portugal’s Alvaro Parente ranks third at 251 in the No. 9 K-PAX Racing McLaren 650S.

“We expected another tight finish in the Pirelli World Challenge and it looks like that’s what we are getting,” said Long, the 2011 PWC GT champion who missed out of 2016 title on the last lap of last year’s season finale to Parente. “With the GT Sprint and SprintX races, it is so difficult to run at the front in every race. So, taking third at Utah was important for the Wright Motorsports team. Now, with three races at COTA, points will be at a premium.”

Round 8 in the SprintX series last Sunday at Utah saw some serious dicing in the late stages and the Overall GT point standings race became even closer. Cooper and Parente closed the lead margin on Long as the trio head to COTA on Labor Day weekend.

“It’s some very intense racing right now in the Pirelli World Challenge,” said Cooper, who placed third in the 2016 GT standings as a GT rookie. “And, in SprintX, you have a co-driver and a pit stop with a driver change. So, teamwork is very important.”

Parente, a four-time GT Sprint race winner in 2017, will co-drive with 20-year-old Ben Barnicoat of England in the three SprintX events at COTA.

“Our McLaren has been very good at number of races this year,” said Parente. “But we have had some tough luck as well in the SprintX. I think COTA will be extremely important for the overall GT championship run. We’ll need to score big points in all three SprintX races at COTA.”

Pirelli World Challenge Statement on racing this week at COTA