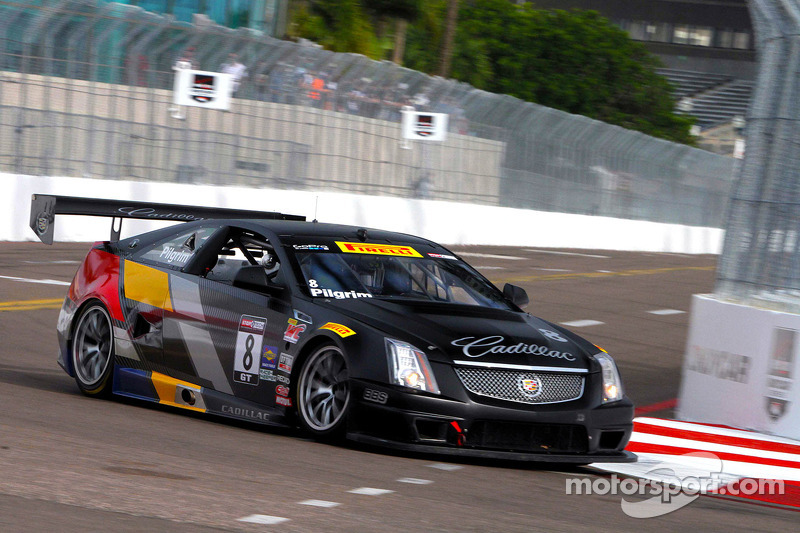 ST. PETERSBURG, Fla., - Team Cadillac's Andy Pilgrim started the Pirelli World Challenge Cadillac Grand Prix of St. Petersburg season-opener by driving his No. 8 Cadillac CTS.V.R to a second-place finish. Teammate Johnny O'Connell had contact going into Turn One forcing him to pit and was classified 10th.


Following the cancellation of yesterday's race due to rain, the Pirelli World Challenge Series only race of the weekend took the standing start today at 11:25 a.m. The 49 car field had difficulty with the standing start, some learching and braking and the rest going. 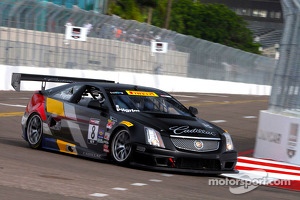 O'Connell (Flowery Branch, Ga.) got caught up in the difficult start and was hit several times going into Turn One forcing him to pit the No. 3 Cadillac CTS.V.R early and go down five laps to the field.

Pilgrim (Boca Raton, Fla.) got a better start and went into Turn One in third position. By the time the field circulated once, he was in second. On lap two, he late braked the Ferrari of Anthony Lazzaro into Turn One and was leading the race. The Floridian managed to lead 26 laps, six under caution, until he was passed for the lead on lap 28 by the ultra-fast Lamborghini of Tomas Enge the eventual winner.

"We didn't get a great start like we thought we would," Pilgrim said. "The Cadillac CTS.V.R was great right off of the bat. Enge did not get a good start. He had to come from way back. The yellow really helped him and hurt us. Without the yellow I am not sure he could have caught me. There is a lot of pro drivers in the field with a lot of experience like Enge and Lazzaro.

I don't think they were quite used to their cars yet. I think we know now that the FIA GT3 cars are lighter, have a bigger tire and it is going to come in later. The Cadillac is heavier with a smaller tire so we will get grip faster and I was gone. Enge came back to us. He was running fast laps. A good first race. I am disappointed not to get the win, but happy to be on the podium. It was unexpected."

"Nothing on the start went to procedure," O'Connell said. "It is a shame the Cadillac is a great car. The line in front of me started to move and then they stopped and I stopped and got freight trained by a bunch of cars. I then got to the first corner and was hit a couple of times. With the glare I couldn't see the starting lights, so I had to rely on the guys around me. I had to spend several laps in the pits, which in a 50-minute race ends your day. Disappointing race for us."

The Pirelli World Challenge Championship will travel to Long Beach for the Toyota Grand Prix of Long Beach presented by Kia April 11 - April 13.