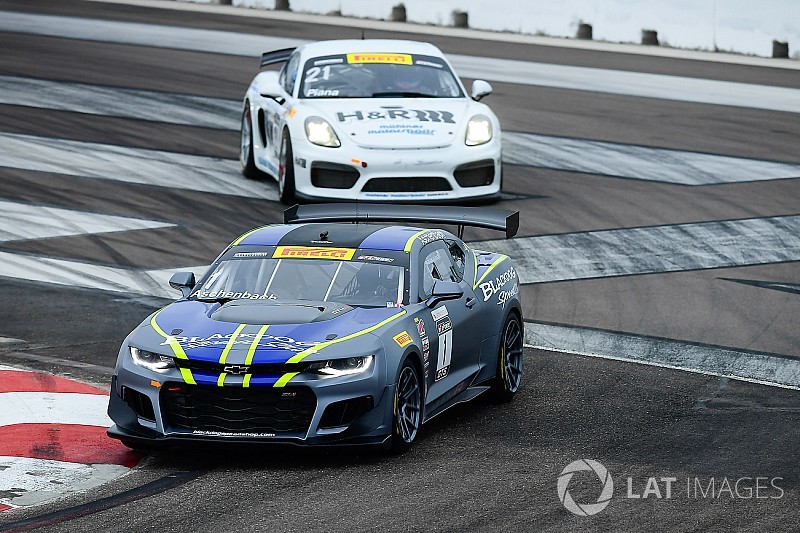 Despite intense pressure from surprise pole winner Gabriele Piana in the Muehlner Motorsports America Porsche Cayman, Lawson Aschenbach drove his Blackdog Speed Shop Camaro to victory after leading almost from the drop of the green.

Dancing the musclecar through the streets of St. Petersburg following his surprise move on Piana on the opening lap, Aschenbach had the power to keep clear of the nimble Porsche.

He was then absolutely faultless in defense, giving the Italian series debutant no opening in which to retaliate over the remaining 32 laps. The pair passed the checkered flag just half a second apart.

Some 21sec behind but third overall and first in the GTSA division was Drew Staveley in the Ian Lacy Racing Ginetta G55 followed by Jason Bell in M1 GT’s Audi R8 LMS GT4 and James Sofronas in the similar car of GMG Racing.