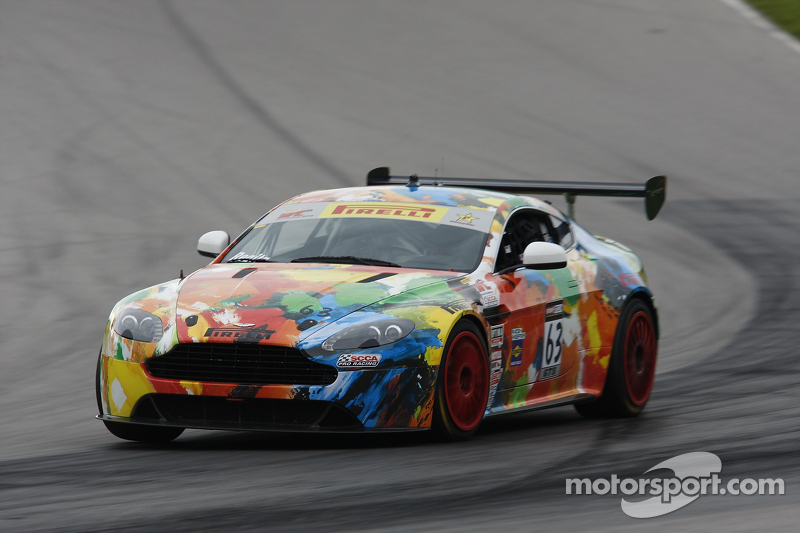 PETALUMA, CA – Next weekend, in the backyard of TRG-AMR, the stage is set for Pirelli World Challenge drivers Drew Regitz and Mark Klenin as the series heads to Sonoma. 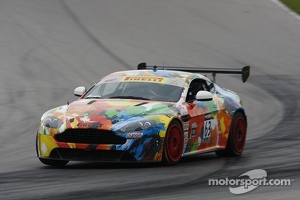 Over the next month, both drivers and team immersed themselves in building on a solid program of driver development and engineering to continue both driver’s progression in the Vantage GT4. For both Regitz and Klenin the approach from TRG-AMR is welcomed, yet very different from what they’re both used to. The professional approach is something Regitz and Klenin believe is due in large part from TRG-AMR being a championship winning professional-level team.

Drew Regitz on TRG-AMR and racing at Sonoma: “I am new to the world of professional race car driving. Obviously, TRG-AMR is not new to the commitment it takes to succeed. Immediately following the previous Pirelli World Challenge event the team asked if I could be available to test as much as possible before the next event at Sonoma. I indicated I could be available.

Once the commitment came from me, the TRG-AMR operation dedicated all of the resources from both the technical and manpower sides to the tests. They have been working me over (in a good way)! In addition to the crew and team manager, Steve Cameron, TRG-AMR had professional driver coaches and engineers on-site.

This additional input has meant that my learning curve is in sixth gear. I am learning and applying a tremendous amount of sweat and knowledge to improving my performance. I look forward to all of this time and hard work paying off as we continue with TRG-AMR into next season.”

Mark Klenin on TRG-AMR and racing at Sonoma: “What an amazing organization. I cannot say enough about the level of professionalism that TRG-AMR brings to the table. I’ve been racing for about three years, but never at a track like Sonoma. When I came out to test last week, I had zero experience on what some call one of the most technical tracks in North America.

The crew gave me the most mechanically sound Aston Martin Vantage GT4 possible. There wer engineering staff on hand, as well as a professional driver coach that helped me analyze the data and video and really critique my performance. It paid off – by the end of the day I had improved my lap times by over 3 seconds and came within 1 second of our driving instructor.

I couldn’t be happier with the level of preparation, instruction and professionalism that TRG-AMR applies to everything they do. I am really looking forward to my first professional race at Sonoma, and hopefully bringing home a great result for TRG-AMR.”

Regitz and Klenin have both committed to the 2014 schedule in the Pirelli World Challenge series with TRG-AMR. This commitment has meant that both drivers and the team are building their encyclopedia of experience with the remaining 2013 race events as they prepare to contend in the 2014 season championship.

Continued Regitz, “I am very impressed with the depth of skills and knowledge that TRG-AMR brings to my program. It is far beyond anything I've ever seen before. For me it has been a fantastic experience and I can see that I am getting better every time I get in the race car - and this is exactly what I was looking for.”

Klenin added, “I can see why these guys have won Le Mans and Daytona multiple times. It’s apparent that they have everything figured out. By the time I think of something, it’s already been taken care of. I am really excited to be a part of such an amazing team, driving such a storied marque, and competing at one of the higher levels of professional sports car racing. TRG-AMR has made my dreams a reality and I look forward to the 2014 championship.”

Kevin Buckler on Regitz and Klenin at Sonoma in Pirelli World Challenge: “We are very excited to have Drew and Mark join our operation and we are looking forward to their progress as drivers as well as running for the championship next year,” stated team owner Kevin Buckler. They both fit quite perfectly in our program. Both solid drivers, but have had limited training and are really eager to learn.

We have taken all of the resources that we have available to us and plugged them into Drew and Mark - and I cannot believe the progression I've seen in just the last month. I know they will come to Sonoma with an increased level of competition and we will continue on this program in the off-season and be ready for next year. We welcome Drew and Mark as a official TRG-Aston Martin Racing drivers.”