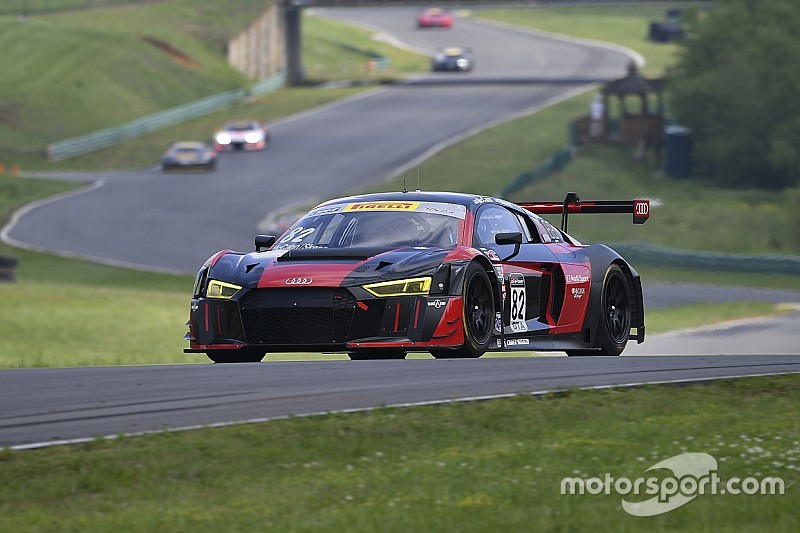 Mike Skeen claimed pole position for the opening SprintX round of the Pirelli World Challenge at Virginia International Raceway.

After a thrilling battle for pole position, which saw five drivers in the top spot during a mesmerising battle, Skeen snatched it in final seconds before the checkered flag fell with a lap of 1m42.989s in the McCann Racing Audi R8 he will share this weekend with Andrew Davis.

Ryan Dalziel looked to have sealed the pole for Mercedes with 1m43.268s, but Skeen rose back to P2, then took the top spot with just moments of the session remaining.

Dalziel was forced to settle for second, 0.108s down but 0.198s clear of third-placed Daniel Mancinelli’s Ferrari 488. Kaffer slipped to fourth quickest, ahead of Riberas, Long and the first of the Cadillacs of Michael Cooper.

Alvaro Parente could only manage ninth in his McLaren.

French single-seater ace Nico Jamin looked set for the GTS class pole with a lap of 1m55.151s in his ANSA-run KTM Xbow, which was 0.175s clear of Rodrigo Baptista’s Porsche Cayman. But with just over a minute remaining Jeff Courtney wrested it away by just 0.007s – with a lap of 1m55.144s in his JCR Motorsports Maserati GT4.

The KTM Xbows of Anthony Mantella and Martin Barkey were split by a last-ditch effort from Lawson Aschenbach’s GT4 Chevy Camaro, who grabbed fifth. Behind Barkey in sixth came Jason Bell’s SIN R1 and Ian James in the lone Panoz Avezzano.