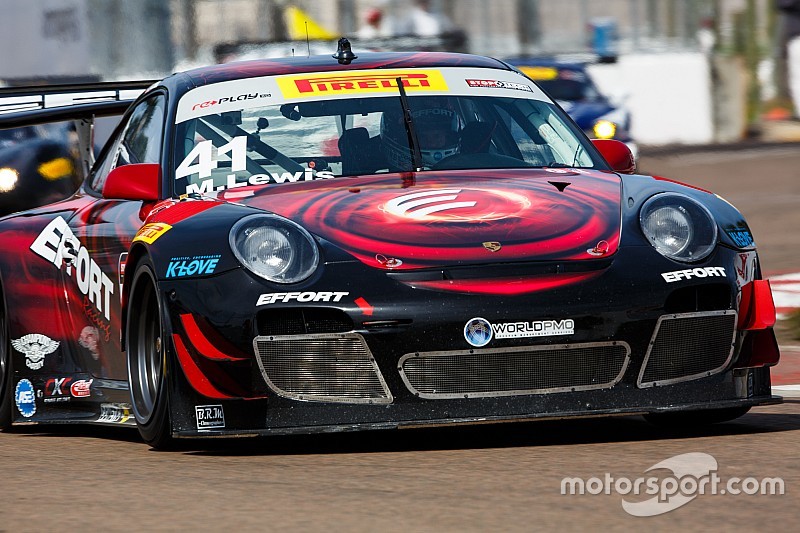 Michael Lewis has secured the GT pole for Round 3 of the Pirelli World Challenge at St. Petersburg, while Martin Fuentes and Sloan Urry will start on pole in GTA and GT Cup respectively.

Eight minutes into the session, Parente, Cindric, Cooper sliced over half a second from their fastest times.

“We got our first pole position of the season for the No. 31 Porsche, and also my first outright GT pole with EFFORT Racing,” said Lewis. “Thank you to Porsche Motorsport North America, Stefan Pfeiffer and everybody at EFFORT Racing for digging deep. Thanks to them for not only making the car quick, but for also preparing Patrick’s car. We’re pretty strapped on time and personnel this week, so to get a pole position is going to make the guys more pumped for racing tomorrow.”

He commented: “In my first hot lap, I made a little mistake and then calmed down after that. Usually I try to set fast time on my second timed lap, but sometimes it is the third or fourth lap. On a street circuit, you have to be much more cautious than at COTA.”