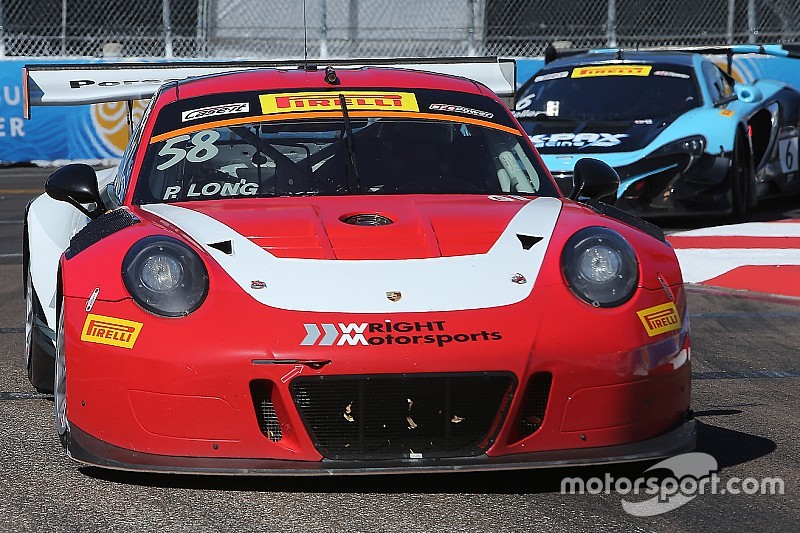 Factory Porsche driver Patrick Long believes his Wright Motorsports-run Porsche 911 GT3 R can continue to beat the manufacturer teams that have been attracted to the Pirelli World Challenge GT ranks.

Long, 34, scored a win and a third place in the season opening races at St Petersburg to begin his campaign as he means to go on with the Batavia, Ohio-based squad.

“I thought that I had a 911 that was capable of winning all weekend,” said Long.

“We’re up against some powerhouse factory teams – you’ve got Acura and Cadillac bringing big budgets, they’re spending on one car what we’re spending on two.

“I’m still hungry, I’ve been with Porsche for coming up on 15 years as a factory driver.

“Jens Walther, the head of Porsche Motorsport North America, asked me what I wanted to do – last year I ran WEC or Pirelli World Challenge fulltime. I said I wanna win this championship.

“I want to come in rested and hungry like the rest of these guys that I’m up against. We have more competition than ever this year with an influx of new teams and manufacturers.

“After last year’s unfortunate events, where I got taken out from the start [of the season opener] at COTA, we missed practice and qualifying [in St Pete], and put a patched-up car in the show in race one and got a fourth place in race two, to help keep our championship on the rails.

“Now, I think we have started the year off very well.”