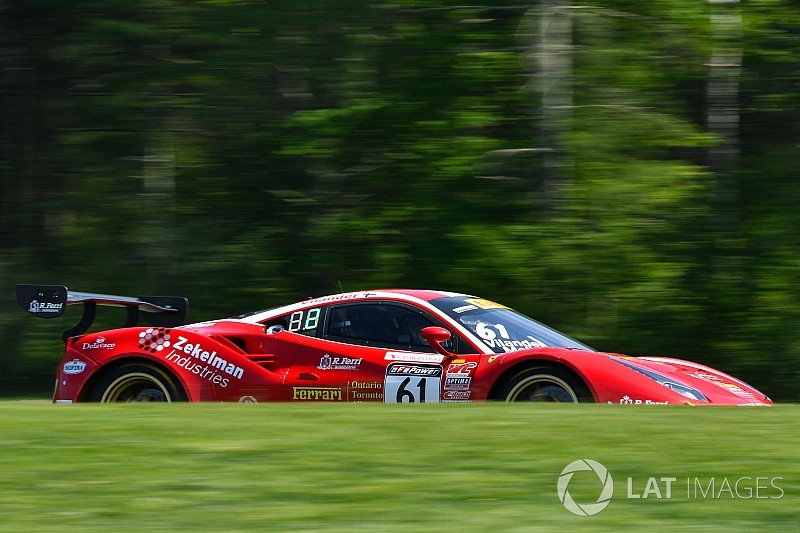 There was drama at the start of the morning’s race when the two Mercedes on the front row collided, with Mike Skeen nudging off Daniel Morad. Skeen was penalised with a drivethrough penalty, handing the lead to Toni Vilander’s Ferrari.

When Vilander pitted, second placed Spencer Pumpelly stayed out in the Alegra Porsche 911 and slammed in some quick laps, which allowed co-driver Michael Christensen to assume lead after the pitstop sequence played out.

Despite a late full-course yellow, Christensen held on to win by 2.7s ahead of Miguel Molina, who shared the R.Ferri Ferrari with Vilander. Scott Hargrove/Wolf Henzler finished third in their Pfaff-run Porsche 911, with Alvaro Parente/Andy Soucek charging to fourth from the back of the grid after a technical infraction in qualifying.

Parker Chase/Ryan Dalziel won the Pro-Am class in fifth in their TruSpeed Audi, ahead of the recovering Morad/Rafaelle Marciello Mercedes.

Christensen blinked first, handing over to Pumpelly at half distance, but that put him into the clutches of Parente (in for Soucek), who passed him with a great move at Big Bend.

The switch from Molina to Vilander was both late and tardy, putting Parente right on to Vilander’s tail.

But Vilander fended off Parente’s challenge to win by 2.4s, with Pumpelly third, ahead of Hargrove and Pro-Am winners Soulet/Baptista.