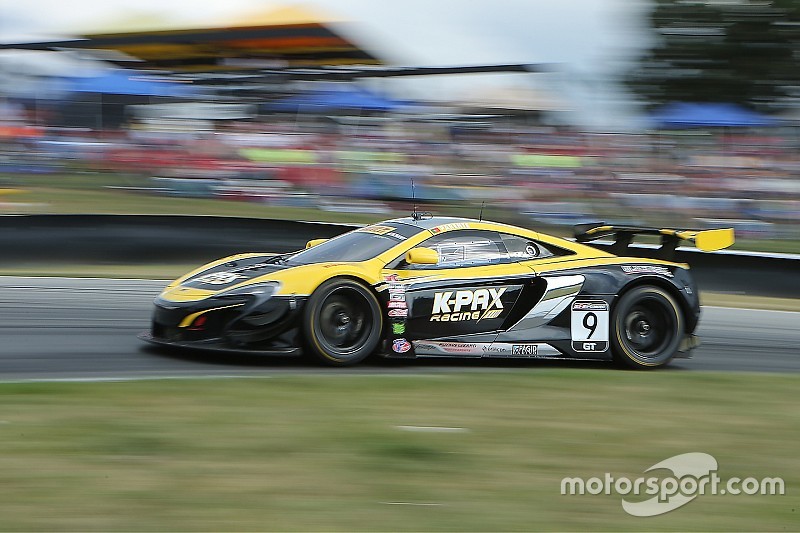 Alvaro Parente will defend his Pirelli World Challenge GT title with K-PAX Racing in 2017, but will gain two new teammates in the California-based squad’s trio of McLaren 650S GT3s.

Last year, K-PAX clinched the Team, Manufacturer, and Driver Championships, with Parente clinching the latter title with six wins. However, NASCAR-bound Austin Cindric has been replaced by former IMSA GT ace Bryan Sellers in a second GT entry, while Mike Hedlund effectively replaces Colin Thompson but with his car running for GTA honors.

“I’m very happy to be back with K-PAX Racing for this season,” said Parente. “I get along very well with everyone on the team, and feel we all have the same goals and will push hard to win further races. Now that I have experience of the tracks and a strong working relationship with the team, it’s time to attack and fight hard from the start of the season.

“There are some changes in the championship, and together with the team, I’m sure we will be working hard to have a great 2017! I’m really looking forward to start working with the guys soon and start fighting for those results!”

Said Sellers: “I am very excited to take on the challenges that lie ahead with a car and a series that are new to me.

“I am very much looking forward to being paired with Alvaro and learning and working with the latest series champion. There will certainly be a target on the team’s back, and there will be big shoes to fill after last year’s achievements, but that is what makes it exciting.”

"After competing against K-PAX Racing in 2014 and 2015 and watching what they were able to accomplish in 2016, I'm excited to join them for 2017 in the McLaren 650S GT3!” commented Hedlund. “Being based out of Northern California, I've known many of the team members for years and I'm looking forward to finally racing together for an entire season.

“While the McLaren 650S GT3 is a new car for me and that brings its own challenges, the team has more than shown that they know what it takes to build a race-winning car. I've already had a brief taste of the car in testing and can't wait for our first race in St. Petersburg.

K-PAX will announce “at a later date” its driver lineups for the five two-driver/60-minute SprintX races.