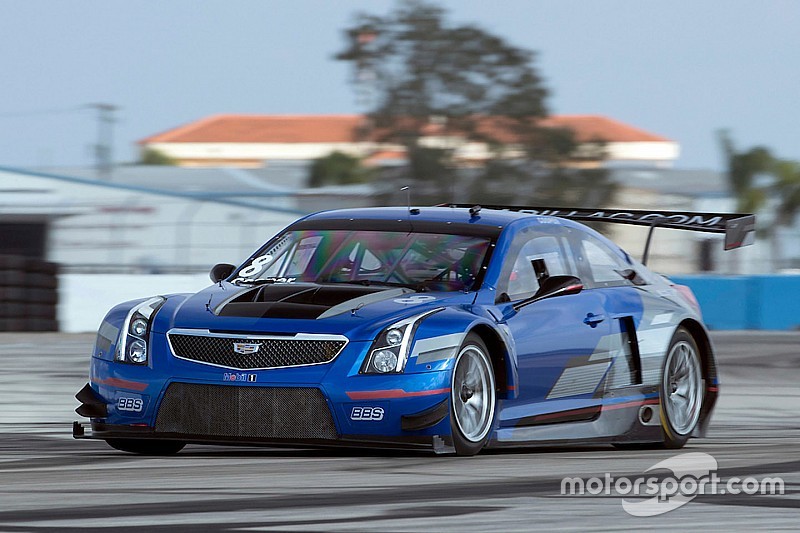 The Floridian brothers, who now race the Cadillac DPi-V.R in the IMSA WeatherTech SportsCar Championship, will thus be racing in the PWC’s GT races at Virginia International Raceway, Canadian Tire Motorsport Park, Lime Rock Park, Utah Motorsports Campus and the Circuit of the Americas.

Four-time PWC GT champion O’Connell, who scored three wins last year, said: “I'm very much looking forward to the 2017 PWC season,” O’Connell said. “We had one bad weekend last year that really cost us, and I've been training hard all winter looking for some redemption.

“Ricky and Jordan are doing a great job proving themselves on the world stage, especially with that great win at Daytona two weeks ago. I am very much looking forward to working with them this season in the SprintX races.”

Cooper, who scored two wins last year, and whose car swiches from black to ‘Vector Blue’ in 2017, stated: “All of the Cadillac fans should be as excited as I am to have Jordan and Ricky with us for the SprintX races this year. Jordan has tested with us numerous times the last few years, so I'm sure they'll slot right in and make their presence known.

“For anybody that has been living under a rock, they bring a wealth of endurance experience, having won the Rolex 24 and competing at Le Mans. They are a perfect fit for Cadillac Racing's SprintX program.”

Said Ricky Taylor: “I haven’t done a real sprint race in quite a few years now, so it is very exciting. It will be more like a qualifying session than what I am used to, where tire wear is not a factor and the race is flat out from start to finish. I think it will be a different mindset than I am used to. While we have to be aggressive and track position is important, we still have to give the car off to our teammate in good condition to go win the race.”

Older brother Jordan Taylor added: “I’m really looking forward to getting back in the Cadillac ATS-V.R. It’s been a few years since I’ve been with the team in competition, but I’ve always kept in contact and kept my eye on them during their race weekends. I’ve known and driven with Johnny since 2011 and Michael since 2013. They’ve both won championships and races in World Challenge, so I’m looking forward to driving alongside them and learning more from them.”

Since the Cadillac Racing team’s inception in 2004 it has amassed 31 wins, five drivers’ championships and five manufacaturers’ crowns.