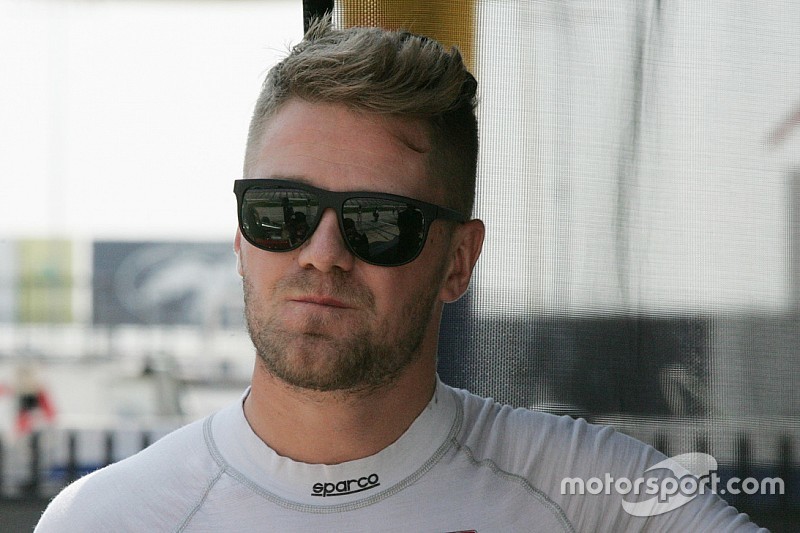 James Jakes says he’s looking to race in the Pirelli World Challenge this year and to combine it with other major GT3 events, although he's not ruling out a return to the Verizon IndyCar Series.

British-born Jakes made his name in the U.S. over four seasons racing in IndyCar, in which he scored two podium finishes.

While he admits he’d be interested in a road/street course program in IndyCar, Jakes says the focus of his attention is now the Pirelli World Challenge season plus other major GT3 events.

Jakes told Motorsport.com: “I’d like to do Bathurst 12 Hour, Dubai 24 Hours and Macau – and the Pirelli World Challenge if possible.

“I think GT3 cars are great for the drivers, they have a lot of fan appeal too, the manufacturers seem to love it, and the racing is very good. So I think World Challenge deserves to be really big.”

Asked if he had also considered the GT Daytona class of IMSA’s WeatherTech SportsCar Championship, Jakes replied: “I have… and it’s not like I’d turn it down. But what appeals to me most about World Challenge is that everyone’s cars are in the same spec in GT, so you’re fighting for overall victory. Obviously in IMSA, GTD is the bottom class in any race. And then there’s the length of the races – World Challenge races are 50 or 60 minutes, so it’s about being quick and aggressive all the way. Outside of open-wheel racing, what other series can say that?

“Also, I think given World Challenge’s relationship with Stephane Ratel’s group [SRO Motorsports Group, which runs the Blancpain Series in Europe] and then the Intercontinental GT Challenge as well, I think this link-up between GT3 series around the world is going to be something that benefits everyone. There’s a good business model behind it because of the manufacturer involvement.”

Jakes confessed he wasn’t sure what rides might be available for World Challenge, but is still hoping to be on the grid this year.

He said: “There’s a bit of time to get it done. I’ve kept myself in good shape and I’d be ready to race tomorrow if I got the call. It’s about piecing the right deal together. And through IndyCar, I’ve been to almost all PWC's tracks so I’ve no doubt that I could be quick right away.”

Not giving up on IndyCar

Jakes, who raced for Dale Coyne Racing in 2011-’12, Rahal Letterman Lanigan Racing in ’13 and Schmidt Peterson Motorsport in ’15, said that he hadn’t abandoned hope of racing in IndyCar, likely on a part-time basis.

“Yeah, it’s frustrating to not be there because they have such a good product, and the field is so deep with talent,” he said. “When you see someone winning there, you know it’s well deserved because pretty much any one of them can win. And the racing’s really good."

In both 2014 and ’16, Jakes took a sabbatical from IndyCar, although last year he raced in the first two rounds of the World Endurance Championship with Manor.

“I would do the Indy 500 as a one-off, definitely, and the road and street courses if the right opportunity came along," he commented. "I have been discussing it, although I’d say it was just small-talk so far.”