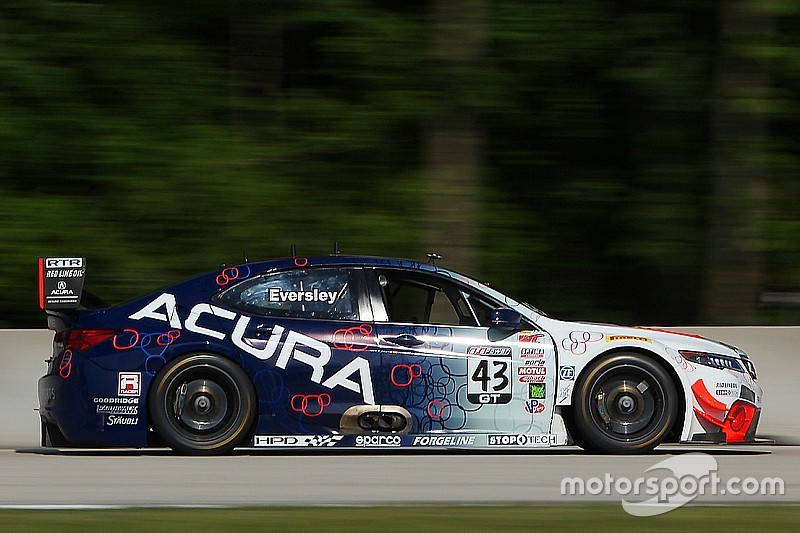 From pole, Eversley's RealTime-run Acura led from the rolling start holding off Bryan Heitkotter’s Nissan as the race went under yellow almost immediately as Mike McCann crashed his Dodge Viper heavily under braking for Turn 1.

Cadillac’s Johnny O’Connell was an early sixth, but fell back as he did yesterday with a misfire.

Cooper passed Long for fifth, and wrested fourth from Cunningham with 12 minutes remaining.

There was late drama when Heitkotter suddenly slowed on the front stretch with a loss of power, elevating Fong to second from Cooper, Cunningham, Long and Parente.

Fong just held Cooper at bay, but neither had any answer for the dominant Eversley, who won by 2.6s.

Frankie Montecalvo won the GTA class in his Mercedes, as Alec Udell prevailed in GT Cup.