EFFORT Racing on hiatus until 2017 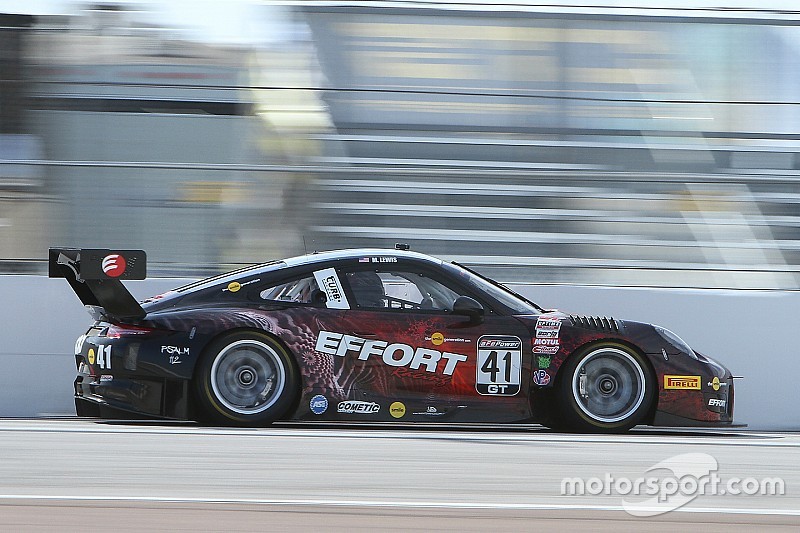 Pirelli World Challenge has lost one of its best GT teams as EFFORT Racing has been forced to withdraw for the remainder of the season.

Michael Lewis and Patrick Long, who lie fourth and fifth in the championship and have won three of the first seven races, have thus been left without PWC rides as EFFORT has put its campaign on hiatus.

The decision stems from the current supply and demand crisis in the oil industry, an industry from which EFFORT Racing receives funding to run the championship.

In a recent analysis, the New York Times estimated the current trends of oil prices is in its worst decline since the 1990s. Although the current price of $45 a barrel is an improvement from earlier this year, it remains a far cry from what has been the normal price of $100 a barrel.

While oil companies have been making cutbacks for months, the Chicago based team has decided to suspend their 2016 campaign and focus on building sponsorship to fund the program for the 2017 championship.

"It is with great disappointment that we announce a halt to our 2016 season," said EFFORT owner Chuck Toups. "We couldn't be on the sharp end of the grid without our all-star crew, and the excellent support provided by Porsche. We've already started the development of our 2017 program to reclaim the top spot in the championship."

Long won the opening round at Circuit of the Americas, and made the podium at Long Beach. At the Grand Prix of St. Petersburg, Lewis, currently in Porsche Motorsport's Young Driver Development Program, earned back-to-back wins, his career-first GT wins.

"This is a huge disappointment for the whole team," said Team Manager Erin Gahagan. "It’s heartbreaking to have to walk away from this fight.

“But with the dedication of the crew and the support Porsche has provided EFFORT Racing, we will continue to work hard and build a stronger team for the 2017 championship."