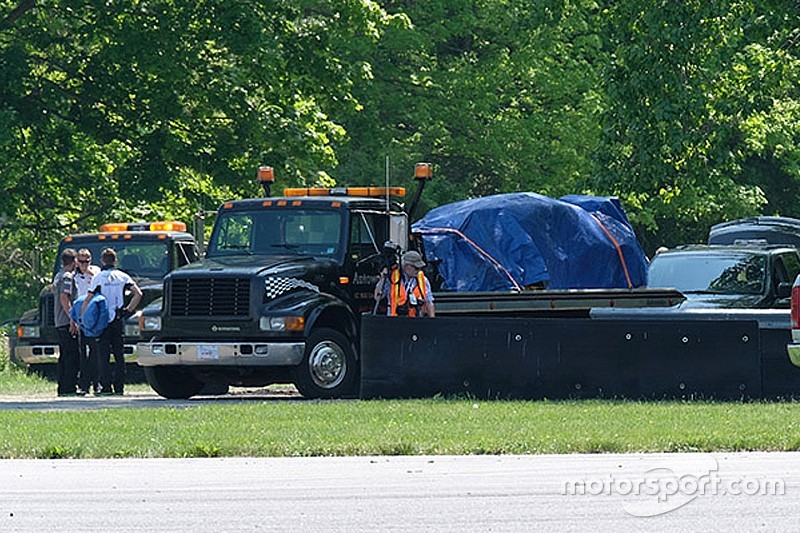 Pirelli World Challenge drivers Andrew Palmer and Jorge De La Torre have been airlifted to Hartford Hospital following a massive accident in the warm-up for this afternoon’s scheduled round at Lime Rock Park.

Eyewitness reports indicate that Palmer’s car catapulted over the Aston Martin upon impact, and flew into the air before coming to rest in a wooded area, past several tire barriers.

The cause of the accident is unknown, although de la Torre’s car had stopped in the runoff area prior to Palmer’s arrival at high speed.

It took more than 20 minutes to extricate Palmer from the car.

Both drivers were initially transported by ambulance to Sharon Hospital, and per a track representative, have since been airlifted to Hartford Hospital, a Level 1 trauma center.

Their conditions have not been disclosed.

Track action has been halted as Connecticut police continue the investigation report.

State law mandates local police must file accident reports for any motor racing accident resulting in a driver being transported to a hospital.

No word has been given on a revised schedule, of if track action will resume today.