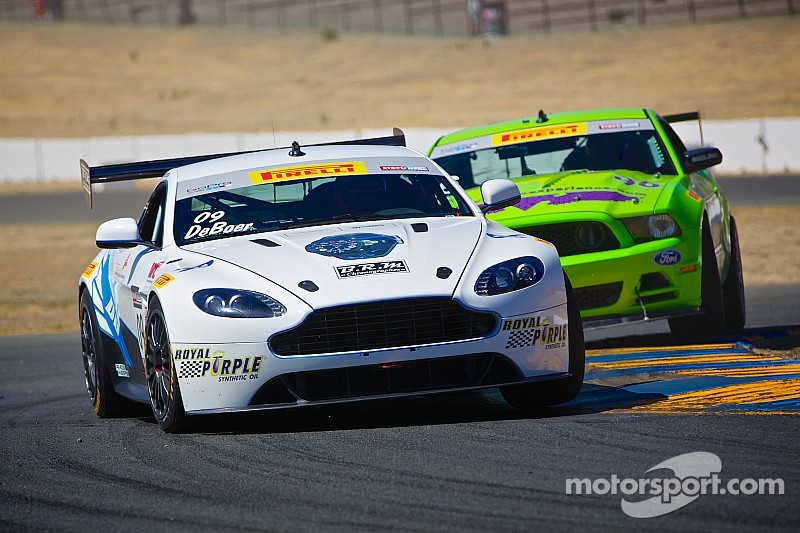 TRG-AMR North America is proud to announce the addition of Derek DeBoer and Black Rider Racing Group as part of a season-long Pirelli World Challenge championship effort for 2015 and beyond. TRG-AMR’s participation in World Challenge started less than two years ago, with a V8 Vantage GT4 making its GTS debut at the Long Beach Grand Prix in 2013. Since then, the team’s involvement and success has grown to include a season long three-car GTS effort this past season, along with two wins and multiple podiums along the way.

Derek DeBoer, TRG-AMR Team Driver: “I couldn’t be more excited about this opportunity to be joining the best team and the best race series for a full campaign in 2015! Thanks to TRG-Aston Martin Racing and the Black Rider Racing Group along with DriverWebsites.com, B.R.M. Chronographes, Petrol Lounge, Affinity Homes, and Pirata della Strada. I get to look forward to a full season in the amazing #09 Aston Martin with nothing to distract me, laser-focused on bringing home great results for the team and our partners. Looking forward to great things!”

Helping propel this effort forward are a number of associated sponsors and partners, all managed by Shane Sterling and the Texas-based Black Rider Holdings and Black Rider Racing Group. Seen on DeBoer’s car last year in both IMSA and PWC events, DriverWebsites.com, Affinity Homes, and Petrol Lounge are some of the partners Sterling and DeBoer will be starting the season with. A longtime fan of motorsports and a successful Texas businessman, Shane Sterling is focused on creating and sustaining a motorsports-oriented business model with Black Rider Holdings. Sterling and DeBoer will also be attending the upcoming TRG-Aston Martin Racing Partnership Summit at the Waldorf Astoria in Orlando, Florida on November 19th and 20th followed by testing at Sebring the 21st, 22nd, and 23rd.