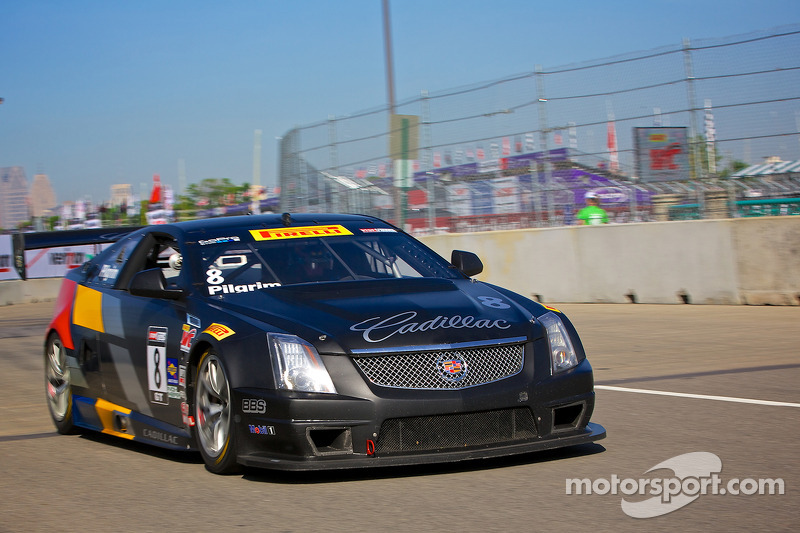 Throughout practice the Cadillac Racing duo have crowded the top of the time sheet at the 2.3-mile, 13-turn modified street course. O'Connell (Flowery Branch, Ga.) took pole position in GT with a time of 1:31.899. Teammate Pilgrim (Boca Raton, Fla.) will take the standing start right next to O'Connell based upon his second place qualifying run of 1:31.955. This morning's race will start at 9:50 a.m. ET.

We have always had a good car here in Detroit," O'Connell said. "With the GM headquarters in the back ground we want to deliver. Going into qualifying I knew I had the car under me to go for the pole. I also knew that I would have to put together a couple of good laps and did and was able to get the pole for our home race. It was a great team effort from everyone at Cadillac Racing. Andy is starting next to me, so it is an all Cadillac CTS.V.R front row at Detroit. Can't ask for much more than that this morning."

"We had a good practice day on Friday," Pilgrim said. "We typically start the weekend on old tires. Then at the end of the last practice we put some sticker tires on the car and I never was able to get a clean lap, so I didn't quite know what I had for qualifying. The track was a little dusty this morning and I was able to put in a good lap on my third circuit. Once the track came in, the car was really good. I now need to get a good start and see if Johnny and I can keep the Detroit Cadillac winning history going."

O'Connell has won three of the four World Challenge GT races on Belle Isle with Pilgrim standing on the podium in two of those.

The Pirelli World Challenge Cadillac Grand Prix of Belle Isle race one will take the standing start later that morning at 10:05 a.m. with the second race going off on Sunday at 11 a.m. The race will be televised on NBC Sports Network. Sunday, June 15 at 2:30 p.m. ET.