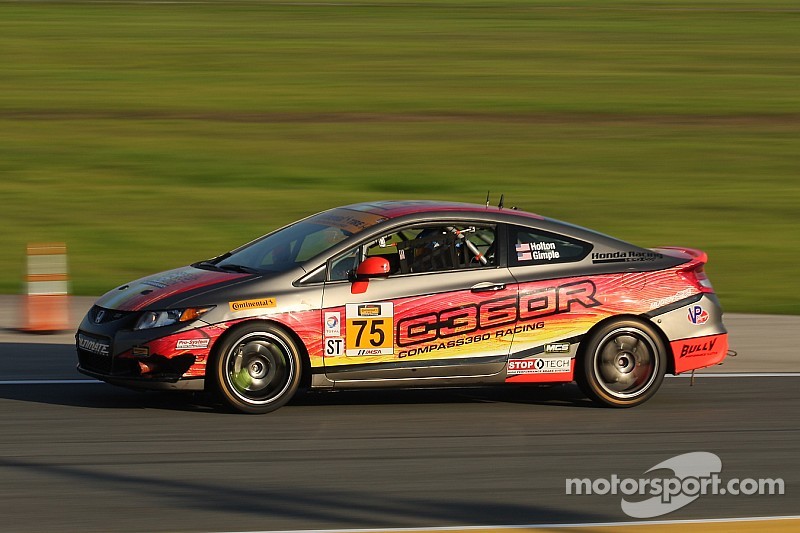 AUSTIN, TX — The Pirelli World Challenge season opens this weekend at one of the continent's premier tracks, the Circuit of the Americas in Austin, Texas. The series includes seven different classes, featuring an astonishing variety of cars including everything from wildly winged Lamborghinis to grocery-getting MINI Coopers.

C360R (Compass360 Racing) first entered PWC for the 2011 season and quickly proved to be championship contenders, amassing an impressive string of results, including four Manufacturers’ Championships (for Honda), three Drivers’ Championships, three Team Championships, and having been voted “Crew of the Year” for the past three seasons. Team drivers have won Rookie of the Year two years in a row.

“We’ve enjoyed a lot of success over the last four years in World Challenge,” noted Team Principal Karl Thomson. “We’re looking forward to extending that string of results with our new TCA program.”

With the Touring Car classes having seen some significant rules changes over the off-season, the team’s stalwart Honda Civic Si’s move from TC class to TCA, in which C360R will field two cars.

TCA looks to be really competitive, but our testing earlier this year gave me a lot of confidence that the C360R cars will be quick.

Emilee Tominovich will helm the No.72 Honda for the entire season, while the No.71 car will be shared amongst a few different drivers. For CoTA, team driver Paul Holton has been tapped to handle duties behind the wheel. “Paul’s performance in the IMSA race at Daytona in January really impressed us, and we have enjoyed working with him in testing in Florida since then,” remarked Technical Director Ray Lee. “He and Emilee should work really well together to get to the front.”

The team extends its highly successful “Art Car” program with the Children’s Tumor Foundation, with both cars featuring a different piece of art by acclaimed painter, and 2015 CTF Ambassador Jeffrey Owen Hanson. The 20-year-old philanthropic artist is visually impaired from an optic nerve tumor related to neurofibromatosis – known simply as NF – that is a common yet under-recognized genetic disorder that can cause tumors to grow on nerves throughout the body. NF affects one in every 3,000 people, more than cystic fibrosis, Duchenne muscular dystrophy, and Huntington’s disease combined.

“I can’t wait to get the season underway,” enthused Tominovich, who recently graduated from nursing school. “TCA looks to be really competitive, but our testing earlier this year gave me a lot of confidence that the C360R cars will be quick."

The PWC races from CoTA will be live streamed on the World Challenge and will also air on CBS Sports, tape-delayed on Wednesday, March 18th at 8pm EST.