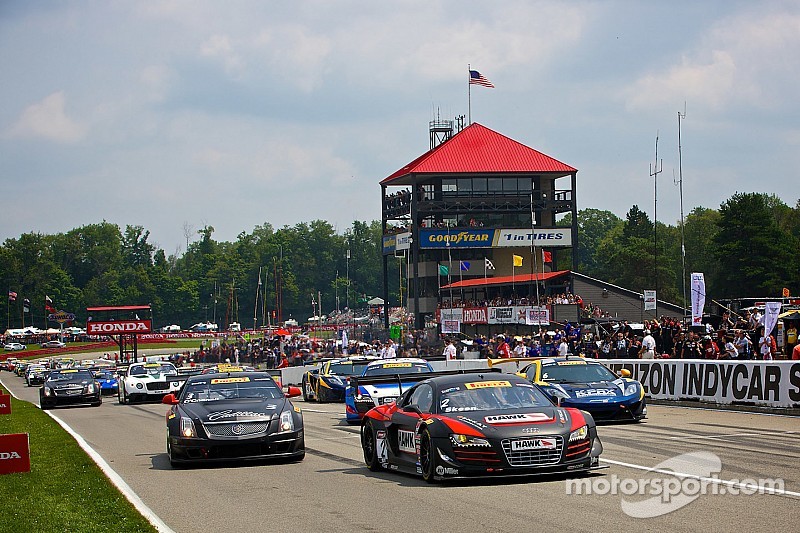 Till will also serve as Chief Driver Steward.

Pirelli World Challenge has strengthened its Race Control office with the addition of Brian Till as their new race director and chief driver steward. He joins Marcus Haselgrove, competition director, who joined the organization last year.

While Haselgrove maintains control over the PWC competition department, Till’s obligation, as race director is to oversee all on-track activity, together with the series’ team of stewards in race control.

Till's background as a racer and on-air personality

Till, 54, a Houston, TX native has excellent credentials. As a driver, he won the 1990 CART-sanctioned Atlantic Championship and went on to run 20 races in the CART FedEx championship, finishing in the top 10 three times. He competed in the 1994 Indianapolis 500, finishing a credible 12th. The following season, Till drove full-time in the Trans-Am and took ninth overall.

Having Brian join our team as race director/chief driver steward is an honor and puts the series in a very good place going into our 26th year.

After retiring from driving, Brian Till has been omnipresent on road racing broadcasts, working the American Le Mans Series as an anchor and pit reporter. He’s also been seen on ALMS/INDYCAR doubleheaders, significantly at Baltimore in 2012 and the following year in Long Beach. He’s worked for FOX Sports, NBC, ABC, CBS, ESPN, TNT, TNN and SPEED.

A racer overseeing a race

Till’s ability to relate observations and insights from his time behind the wheel has been essential to his appeal, both to broadcast partners and to the Pirelli World Challenge. To keep his hand in, he’s continued to teach at Mid-Ohio Sports Car Course’s Mid-Ohio School in Lexington, OH.

“I am truly honored to have the opportunity to work with the Pirelli World Championship and WC Vision this year,” Till said. “Without a doubt, this series provides some of the best sprint format, production based sports car racing in the world. The level of professionalism that the teams and drivers display every weekend is fantastic and that certainly has me looking forward to being a part of the program.”

A great addition to the series

The president and CEO of Pirelli World Challenge, Scott Bove kept in touch with Till after taking the MId-Ohio School, where Till was his first instructor. “Having Brian join our team as race director/chief driver steward is an honor and puts the series in a very good place going into our 26th year.”

Haselgrove, who worked with Audi Customer Racing before joining Pirelli World Challenge weighed in by stating, “This newly created position reinforces the suite of tools in race control. I am very excited Brian is joining us as he brings not only the required driver experience element but also the analysis skill set from TV broadcasting.”

The Pirelli World Challenge season kicks off the weekend of March 6-8 with a stand-alone race meeting at Circuit of the Americas. Until this announcement, Till had intended to join NASCAR on FOX as NASCAR play-by-play announcer for the Camping World Truck Series.