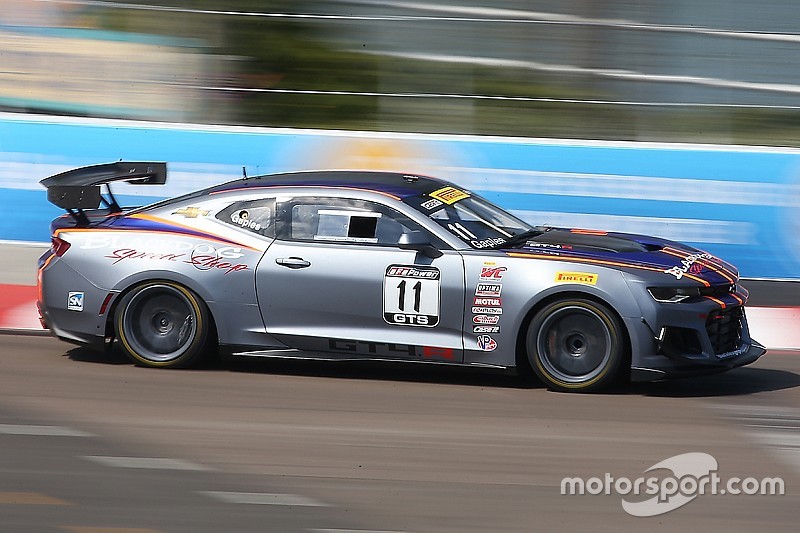 Two of GM’s star tin-top racers of the past 20 years, Michael Cooper and Andy Pilgrim, will share driving duties with Tony Gaples and Lawson Aschenbach in the GTS-class SprintX races in this year’s Pirelli World Challenge.

Blackdog Speed Shop’s Chevrolet Camaro GT4.Rs will compete in the five endurance rounds of the 2018 PWC season, with Pilgrim joining Aschenbach in the #1 car and Cooper teaming up with Gaples in car #11. Both Pilgrim and Cooper were stars of Cadillac’s PWC program.

Both SprintX driver pairings for Blackdog Speed Shop are reunions of sorts. Pilgrim and Aschenbach teamed together as part of Cadillac’s GT-class program in 2007. The Cadillac years were good ones for Pilgrim as he won the 2005 World Challenge GT Driver Championship and recorded runner-up points finishes in 2007, 2008 and 2012.

Pilgrim’s career includes 12 victories in World Challenge. He has long been part of GM’s most prominent motorsports efforts including with Corvette Racing from 2000-04. He recorded the program’s first victory in 2000 – one of his five wins with Corvette Racing.

In Cooper, Blackdog Speed Shop is getting not just a returning teammate but also a three-time PWC Champion. Cooper won the 2015 GTS title with Blackdog Speed Shop on the strength of four victories in the team’s Chevy Camaro. He has won 19 times in World Challenge since 2012.

In 2017, Cooper won three times for Cadillac in GT and shared the GT SprintX Driver title with Jordan Taylor. He also won the 2012 World Challenge Touring Car Driver Championship. In addition to his program with Blackdog Speed Shop, Cooper will drive for Callaway Competition in the GT category in 2018.

The first of five SprintX weekends for Pirelli World Challenge is March 23-25 at Circuit of The Americas in Austin, Texas.

Said Pilgrim: “I was considering a couple of racing options for this year when I received the call about GTSX. The opportunity to be part of the Blackdog team and drive the Chevrolet Camaro GT4.R was too good to pass up! It’s going to be a pleasure partnering up again with Lawson; it's been 11 years since we drove together for Team Cadillac. I certainly couldn’t have a better or more experienced teammate in the GTS category.”

Cooper added: “It’s a nice homecoming to be back with Tony and everyone at Blackdog Speed Shop. This team played a big part in my development as a driver, and I was proud to win a championship for them. The Chevy Camaro GT4.R is a beast. It looks great and sounds great… like all Camaros do.

“I’ve been through a season of SprintX already from last year, so hopefully that experience can help us toward another championship.”