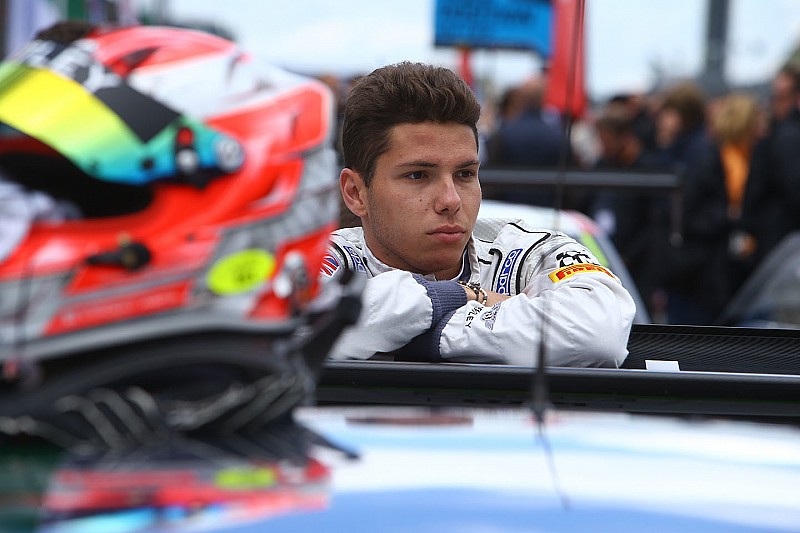 Crewe – Bentley Motorsport will send Bentley Boy Vince Abril (MO) to the USA to race for Bentley Team Absolute in the Pirelli World Challenge SprintX alongside Adderly Fong in the #88 Continental GT3.

SprintX is a recent addition to the Pirelli World Challenge schedule and has been attracting the attention of the world’s leading GT3 manufacturers, which are deploying factory drivers to support their top American customer teams.

At just 22 years old, Vince Abril has been selected by Bentley Motorsport to support Bentley Team Absolute, following two successful season of racing in Europe. Abril, who resides in Monaco, was promoted to Bentley’s works team at the end of 2015 after he won the Blancpain Sprint Series in a Continental GT3.

“We watched the first season of SprintX very closely and felt that it was a championship that Bentley Motorsport should be involved in,” explained Bentley’s Director of Motorsport Brian Gush. “Bentley Team Absolute is a great team and Adderly and Vince will make a good pairing.

“We recognized Vince’s talent early on and, after a year of supporting him as he raced for our European customer team, we selected him to race for our works team. He is a great representative for Bentley on a global level and we are proud to be sending him to the USA to embark on a new challenge for himself and the brand.”

In a second Continental GT3, full Bentley Team Absolute Pirelli World Challenge competitor Yufeng Luo (CN), who has impressed in his first two outings of the championship, will race alongside Swiss driver Alex Imperatori for the first two rounds.

Starting at Virginia International Raceway on 28 April, the championship comprises five events across the USA, each playing host to two one-hour races for two drivers.

Vince Abril, Car #88: “I am delighted and honored to represent Bentley Motorsport in such a major and growing championship that is the Pirelli World Challenge Sprint X. It was a big career goal for me but I didn't expect it to come so soon; I am very grateful and will do the best to capitalize on the opportunity I'm given.

“Bentley Team Absolute has obtained fantastic results for us, and I can't wait to get started with them and Adderly, who has good experience with the car and the tracks. Together we will aim to bring Bentley to the top of the podium once more.”