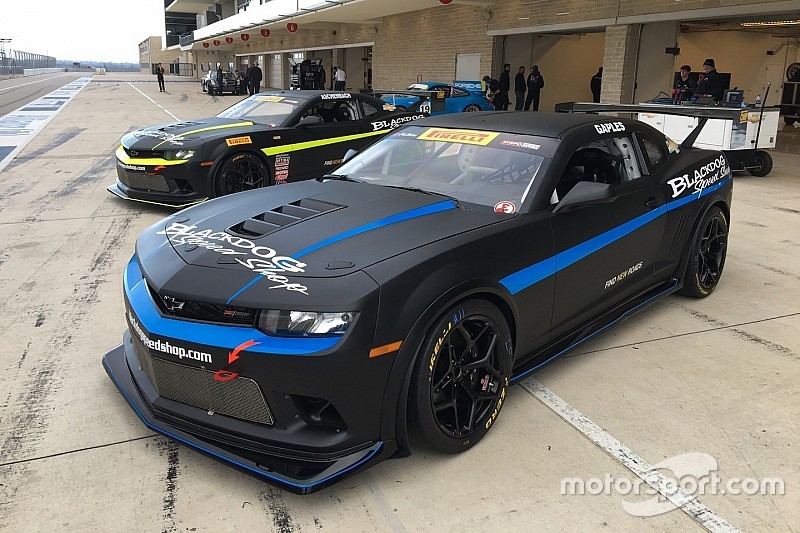 Blackdog Speed Shop has won the last three GTS driver titles, with Aschenbach in 2013 and ’14, and Michael Cooper in 2015.

“The 2015 season was another excellent one for Blackdog Speed Shop with another GTS championship,” said Gaples. “We are ready to build on those successes by welcoming back Lawson to our team. It's great to get the band back together. Lawson is a great driver and we look forward another great season in challenging for our fourth consecutive title in the Pirelli World Challenge GTS class.”

Gaples is confident his team has what it takes to make it four straight championships.

"The landscape in GTS is going to look different in 2016 with several new makes coming into the series” he said. “I'm excited to get back on the track and compete against the new hardware. Our Blackdog Speed Shop team knows the kind of effort it takes to be winners at this level, so we will be fully ready for this massive challenge.”

Aschenbach, who will also continue to race for Stevenson Motorsports which now campaigns the Audi R8 LMS, has 19 World Challenge race wins to his credit, and says he’s “thrilled” to return to Blackdog.

“I knew we created something special back in 2013,” he said, “and it was great to see the team continue the success last season. It will be exciting to strap back into a Chevrolet Camaro Z/28.R… a racecar that I know very well. It has good braking and power – an all-around well-balanced hot rod.”