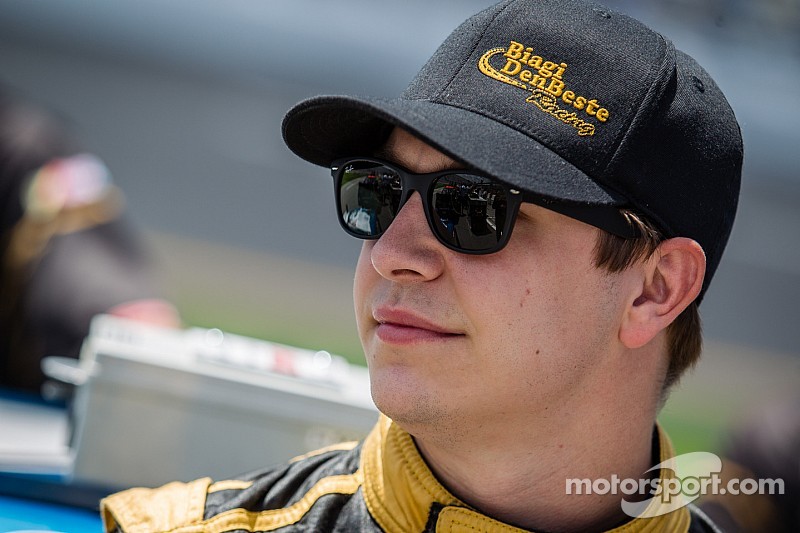 Kevin Swindell among 11 past Shootout winners on the entry list now.

With the Christmas Eve deadline to pre-enter the 30th annual Speedway Motors Tulsa Shootout behind us, the list of entries for the indoor Micro Sprint Car event stands at 880 among 488 drivers from 27 states and Canada. Entries, while paused for now, is expected to grow to nearly 1,000 as teams begin the Move-In process on Tuesday, December 30, 2014.

Among the entries are 11 past Tulsa Shootout winners.

Blake Hahn leads the Golden Driller count among those entered with five to his credit. Hahn enters the 2015 Tulsa Shootout looking to defend his win in last year's ECOtec Midget feature event. Jerrod Wilson with four wins last saw Victory Lane in 2008 when the Tulsa native stopped "A" Class. Kevin Swindell (in photo) earned his first wins at the Tulsa Expo Raceway in Go Karts. Winning in 2001 and 2002, Swindell will look for his seventh career Golden Driller as the four-time Lucas Oil Chili Bowl Champion looks to take on both classes of "A" Class and Outlaw Micros.

Frank Flud put the world on notice in 2014 by charging to a pair of wins. Taking a total of 57 victories throughout the year, Flud will compete in "A" Class Winged and Non Winged, as well as Outlaw and 1,200cc Mini Sprints. Chris Cochran has earned wins in both divisions of "A" Class, winning Non-Wing in 2012 and Winged in 2013. A driver looking for his first win with a Rollcage, Chad Winfrey was the star of the 4-Stroke Quads in 1993 and 1997.