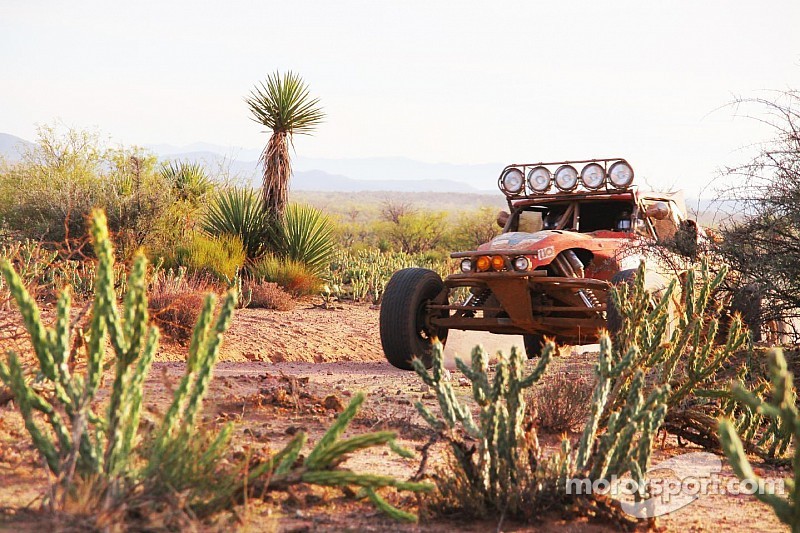 The first of multiple showings will debut at 9 p.m. ET.

Toasting another memorable year of SCORE desert racing, last month’s epic 47th Tecate SCORE Baja 1000 will make its network debut with the first of multiple airings Sunday at 9 p.m. ET in a one-hour special on the CBS Sports Network.

With tight battles in races on both sides of the border, the 2014 SCORE World Desert Championship season was capped with a memorable 47th Tecate SCORE Baja 1000, the iconic race that covered 1,275 miles of Mexico’s majestic Baja California peninsula.

When the results became official after review of the data loggers in each finishing vehicle by SCORE officials, the MacCachren/McMillin/Voss trio had rocketed to a memorable race down Mexico’s Baja California peninsula. The talented trio finished the mentally-draining, physically grueling race from Ensenada to La Paz in 22 hours, 31 minutes and 27 seconds while averaging an impressive 56.64 miles per hour in the No. 11 Rockstar Energy MacCachren Motorsports Ford F-150.

The sport’s newest dream team blew by a field of 237 starters in cars, trucks, motorcycles and ATVs for a victory margin of nearly 29 minutes. The starting grid included 31 starters in the marquee SCORE Trophy Truck division for high-tech, 850-horsepower unlimited production trucks.

With the rugged course traveling on both sides of the peninsula, the world’s most famous desert race was a peninsula run, starting in Ensenada, Baja California Norte and finishing in La Paz, Baja California Sur. With 10 checkpoints along the way, it was the longest course in race history for the race in the 21 years it started in Ensenada and finished in La Paz.