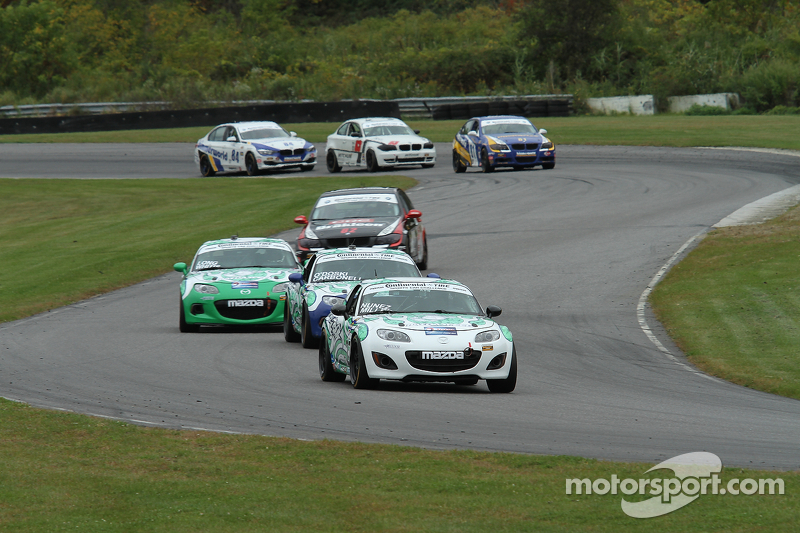 Looking for pre-season championship favorites in the SCCA Pro Racing Mazda MX-5 Cup Presented by BFGoodrich Tires field is a difficult task, at best. However, some of those answers will begin to come into focus as the 2014 campaign is set to kick-off, March 12-14, at Sebring International Raceway.

A field of 32 Mazda MX-5 Cup drivers, including 10 series newcomers, is slated to take the green flag for Rounds One and Two at Sebring. That fact alone makes it difficult to predict the outcome of both races at the historic race track, much less pick a favorite for the season-ending Championship.

One should not underestimate this rookie class heading into the season. The early favorite from this group is Joey Bickers, of Moorpark, Calif., who will drive the No. 29 Mazda Motorsports Development MX-5 for CJ Wilson Racing. Bickers comes to the series with many accolades on his racing resume, the most recent as the Mazda Club Racer Shootout winner that earned him the fully-funded season in the series. Aside from that, Bickers was also selected to be part of the Team USA Scholarship in 2013.

ALARA Racing is returning after their championship run last season with a new bullet in their proverbial gun. Kenton Koch, of Glendora, Calif., will drive the No. 12 ALARA Racing/Mazda Motorsports Development MX-5 after taking home the Skip Barber MAZDASPEED Pro Challenge last year in dominating fashion. Koch stood on the top step of the class podium after nine of 12 races in 2013.

John Dean, of Sebring, Fla., is sure to be in the championship picture when all is said and done. Driving the No. 16 Projections Research/PPG MX-5, he finished 2013 third in the title fight. Throughout last year’s campaign, Dean did not finish lower than fifth place in a race. 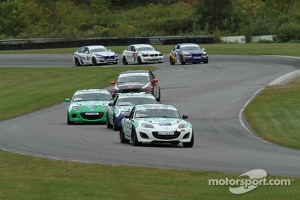 Dean’s Sick Sideways teammate, Nathanial Sparks, will be another driver on which to keep tabs. Sparks, of Spanish Fort, Ala., finished just behind Dean in the 2013 Championship standings after notching a season-high third-place finish in Round One at Sebring. His consistent on-track performances may serve him well while the crop of new drivers learns the cars and the circuits.

Patrick Gallagher, of Thornville, Ohio, is also a pre-season championship contender. Driving the No. 28 Howard Concrete Pumping/CTL Engineering MX-5, Gallagher showed blinding speed during his rookie season. In six of 12 races in 2013, he qualified higher than his finishing position in the race. With a year of experience under his belt, Gallagher may be able to convert fast laps into podium finishes and championship points.

While these six drivers may be the pre-season favorites, the ultra-competitive racing that has come to characterize the Mazda MX-5 Cup can easily produce exciting and captivating alternative results. If one can learn anything from the history of this series, it is that anything is possible once the cars hit the track. Since the series inception, there have been three rookies who have gone on to claim the championship title. Heading into year nine of competition, the possibilities for the upcoming season are wide open.

Practice and qualifying for the season-opening doubleheader event of the Mazda MX-5 Cup Presented by BFGoodrich Tires is scheduled for Wednesday, March 12. Round One of the Championship takes place Thrusday, March 13, at 11:10 a.m. (EDT), with Round Two set to take the green flag Friday, March 14, at 7:45 a.m. (EDT).