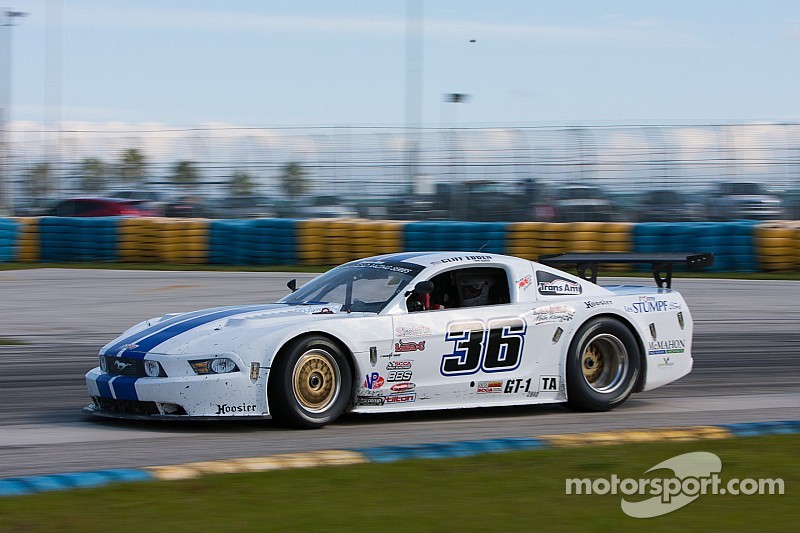 First day of a summer doubleheader.

The SCCA Northern Conference Majors Tour made its second stop at the four-mile Road America for the summer, competing in Round Nine of the season-long championship on Sunday in the first day of the doubleheader.

Temperatures climbed into the eighties with high humidity by the afternoon for the seven race groups, which ran 10-lap races without a single full course caution for the day.

Group 1: The day opened with a series of drivers crawling away from their closest competition, with Ron Pawley taking the Super Touring Under and overall win in the No. 4 J. Pauley Toyota/Scion Lexus IS300 over Touring 3 winner Mark Boden’s No. 4 Fall-Line Motorsports/Hoosier BMW M3. Boden’s BMW kept a gap to third-overall running Aaron Kaplan’s No. 18 Kaplan Racing Systems BMW M3 through the 10-lap race to take the T3 win.

Daniel Bender was the flag-to-flag leader in Touring 4, fourth overall in the No. 10 Bravo Trailers/BFGoodrich Tires Mazda MX-5.

The closest race was, for a few laps, in Super Touring Lite. Tim Selby had moved his No. 48 Mazda Miata to the rear of the No. 61 Creative Technology, Inc. Mazda RX-7 of Rich Walke, but Walke stretched his lead back out to over a second and took the checkered flag.

Group 2: The three small formula car classes came down to the final eight miles, or two circuits, around Road America.

The battle for the overall lead was also the battle for the Formula F class win, and came down to a shootout between the No. 33 Hoosier/Subway Van Diemen Honda of Jeffrey Bartz and the No. 0 Spectrum 014H of Max Mallinen. Bartz led across the stripe to the one to go sign, with 16-year-old Mallinen in tow. Mallinen used the draft to move into the lead under braking in turn five, and held on to the finish in his U.S. Majors Tour debut. Mallinen is no stranger to SCCA racing, however, as the son of 2011 Formula Atlantic National Champion Michael Mallinen.

That Formula F battle played a role in the finish of the Formula Vee race. Once Charles McCormick’s No. 90 RSE Incorporated Vortec CM1 and Ron Whitston’s No. 5 Subway/Hoosier Protoform P2 shook clear of early contender Bruce Livermore, the two were left to settle the race win on their own. McCormick, already playing out his last lap strategy and driving conservatively with fading brakes, quickly switched mental gears with the Formula F battle came through on the last lap and opened up a small gap between he and Whitston. With some breathing room, McCormick increased his aggressiveness, and held the lead through the final lap to win by 0.221-second.

Jeremy Morales started in the back of the grid for the Formula 500 race, but climbed quickly to the front, aided by polesitter Michael Mueller pulling to pit lane on the opening lap in the No. 24 MJ Mfg/Fibeco/Hoosier Red Devil/Rotax. Morales’ No. 110 Mitchell Racing Services Scorpion S1 held the lead until two laps to go, when the No. 20 Metalloid/Hoosier/AIM Scorpion F600 of Brian Novak whipped past, creating enough of a gap in the closing stages to take a 2.988-second win.

Group 3: The Production class cars, led by Jon Brakke’s No. 89 Margaret Peterson Bars Mazda Miata, worked to the front of the field and steered clear of class competition.

The overall win was decided nearly as soon as Brakke took the green flag, as he cruised to a 55-second win over F Production victor Michael Sturm’s No. 48 Sturminator Design/Hoosier Mazda Miata. Sturm was another eight seconds clear of Dieter Griesinger, running second in FP in the No. 69 Mako Mold Corporation Mazda Miata.

The development of Lawrence Loshak’s No. 1 ETE Reman/HYPERformance Honda CRX continued with yet another win, the third consecutive Majors trophy for the defending National Champion’s new ride.

Group 4: The top four in Spec Miata broke away early, leaving the rest of the field behind and sorting out the podium among themselves.

Elder spun on lap nine through turn five with Brown just behind, slowing Brown’s momentum temporarily and leaving Lamb and Burdzy alone on the final lap to settle the win. Lamb led across the stripe, but Burdzy moved into the lead as the pair headed down into turn five. Burdzy ran a defensive line through turn 12 on the final lap, giving Lamb a run, but a local yellow in the final corner helped Burdzy keep Lamb just behind him on the run up to the checkered flag to take the win. Brown held on for third to complete the podium.

Group 5: Jim Gray took an eventful trip to the Spec Racer Ford win, driving from 13th on the grid for the top spot in the No. 17 Reid Johnson Racing Spec Racer Ford.

Gray made up four spots on the opening lap of the 10-lap race, and by the end of lap three, sat in fifth position. When he turned the quickest lap of the race on lap five, he finally sat third and was battling for the top spot.

At that point, Gray was on the rear of Chris Funk, leading in the No. 54 KC Racing SRF, and second-running Rick Bartuska’s No. 15 M/K Industries/Mundelien SRF. Gray went by both one lap later, relinquished the lead briefly back to Funk on lap eight, and then moved back in front at the finish.

By the time the trio completed their 40 miles, Gray was in front by 1.337-seconds and Bartuska and Funk crossed the finish line side by side for second, with Bartuska just in front.

Tom Patton moved his No. 50 Red Line Oil/Hoosier Tire Sunbeam Tiger around AJ Henriksen’s No. 44 ECC Motorsports Chevrolet Camaro on lap four, with Patton keeping the lead to the finish once he got into clear traffic. Mark Boden’s No. 47 Fall-Line Motorsports BMW M3 did the same to Todd Napieralski on lap three, moving into the lead and holding it once he cleared the No. 39 Tremec/SKF/Hoosier Chevrolet Camaro SS.

Matt Slavens rode flag to flag in Touring 2 in the No. 34 Fall-Line Porsche GT3, with Scott Sanda shaking his No. 73 Tro Manufacturing Cadillac CTS-V free of Chris Pedersen’s No. 67 Ford Mustang with a pass on lap five, then taking his class win.

Group 7: The wings and things ended the day with the quickest of the 10 lap races, with Jason Miller driving his No. 8 Kohler/Millenium/Hoosier WynnFurst to the P1 and overall win.

Polesitting Michael Mallinen pulled to pit lane on the opening lap in the No. 1 Swan Motorsports Swift 016a/Mazda, opening up the Formula Atlantic battle even more. Richard Zober took advantage in the No. 66 Zober Industries Swift 016a/Mazda, staying just in front of Tyler Hunter’s No. 22 Swan Racing Swift 014a/Toyota for the distance and emerging with a 0.975-second win.

Dean Opperman lost the lead to Reece Everard’s No. 61 HGS Automotive Formula Enterprises on lap five, but kept his No. 27 Formula Enterprises machine in the hunt. Running Everard back down, Opperman moved around Everard coming to the one to go board, and escaped with a 0.638-second win.

Round Ten of the Northern Conference Majors Tour continues Sunday morning with 13-lap races beginning at 9:10 a.m. CDT at Road America. More information from Road America, including results, can be found at SCCAMajors.com. Live timing and notes are available throughout the day on Sunday at SCCA.com/SCCALive.

Back to the future: Newgarden wins in Formula F