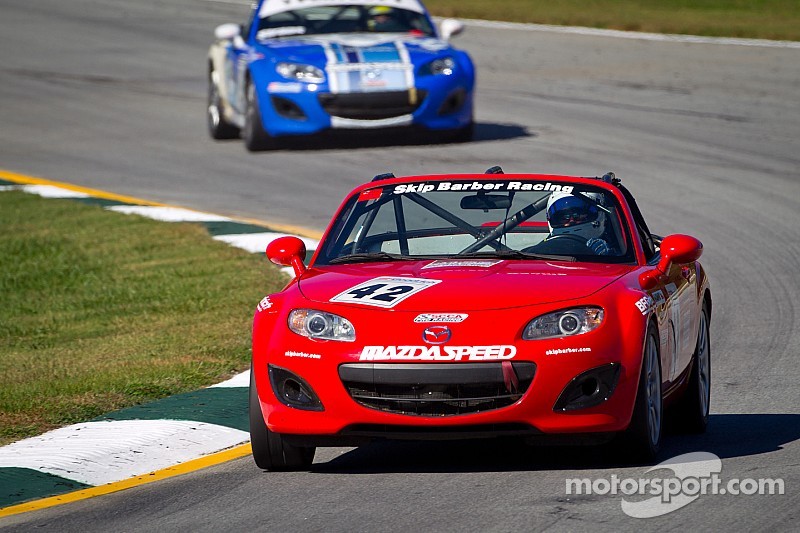 Partnership with BF Goodrich continues into 2015.

“As we embark on our 10th Anniversary of Mazda MX-5 Cup, we’re elated to welcome the undisputed industry leader in battery charger technology – Battery Tender – as title partner of our series.” said John Doonan, director of Mazda Motorsports. “Throughout the paddock the MX-5 Cup is considered ‘must see’ racing with many races determined on the last lap, if not the last turn. Key to our success are great partners, great teams and drivers, and great events. We’re equally happy that our partnership with both BFGoodrich Tires and SCCA Pro Racing will continue for 2015.”

Evin Prelec, Director of Marketing and Advertising for DelTran noted that “DelTran Battery Tender is excited to announce our partnership with Mazda and the successful Mazda MX-5 Cup Series. We are like-minded brands with similar goals, objectives, and values and both of our organizations strive towards introductions of industry leading, innovative and efficient products. DelTran chargers were the first to pass the California Efficiency Compliant test while Mazda has brought SKYACTIV Technology to the forefront. We look forward to maximizing our title partnership of the Battery Tender Mazda MX-5 Cup presented by BFGoodrich and are already collaborating on ways to leverage our collective design, engineering and technical capabilities to bring exciting new products to market.”

The 2015 season will consist of six weekends supporting the TUDOR United SportsCar Championship, IndyCar, and the NASCAR XFINITY Series. All weekends will be doubleheaders.

Within the Mazda MX-5 Cup, there is a separate class for cars prepared by the Skip Barber Racing School. Their race within a race is classified as the Skip Barber MAZDASPEED Pro Challenge.