Roborace’s aim is to be a platform for the world’s best engineers to advance the software that will change the world's roads.

“This is a huge moment for Roborace as we share the Robocar with the world and take another big step in advancing driverless electric technology,” said Sverdlov. “I am so proud of the entire team and our partners and particularly the work Daniel has done creating this beautiful machine.

“It was very important for us that we created an emotional connection to driverless cars and bring humans and robots closer together to define our future.

“The progress with Devbot [the autonomous development car that has been running on Formula E race weekends] on track and building the Robocar in less than a year has been extraordinary and we cannot wait to continue the journey of learning with the Robocar.” 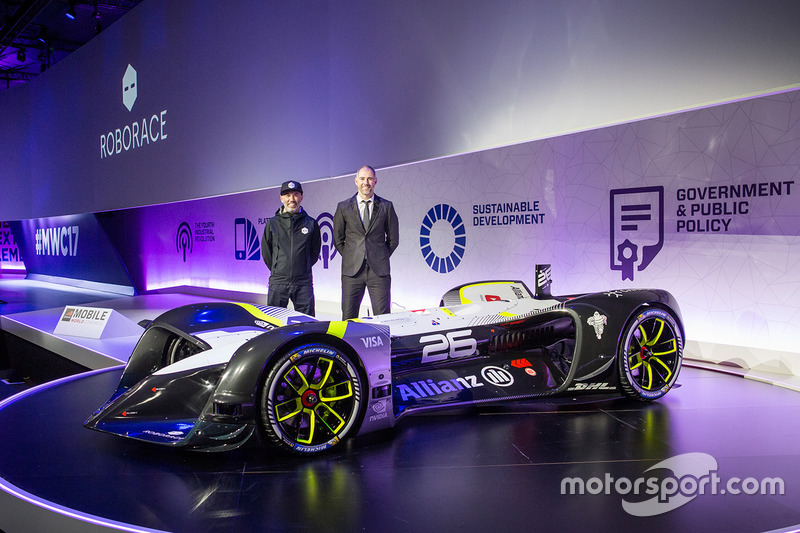 It has 4 motors 300kW each, 540kW battery, is predominantly made of carbon fibre and will be capable of speeds over 320kph.

The car uses a number of technologies to ‘drive’ itself including 5 lidars, 2 radars, 18 ultrasonic sensors, 2 optical speed sensors, 6 AI cameras, GNSS positioning, and is powered by Nvidia’s Drive PX2 brain, capable of up to 24 trillion AI operations per second, to be programmed by teams’ software engineers using complex algorithms.

“Roborace opens a new dimension where motorsport as we know it meets the unstoppable rise of artificial intelligence,” said Simon.

“Whilst pushing the boundaries of engineering, we styled every single part of the Robocar.

“We take special pride in revealing a functional machine that stays true to the initial concept shared, a rarity in automotive design and a testament of our determination. It's a great feeling to set this free.” 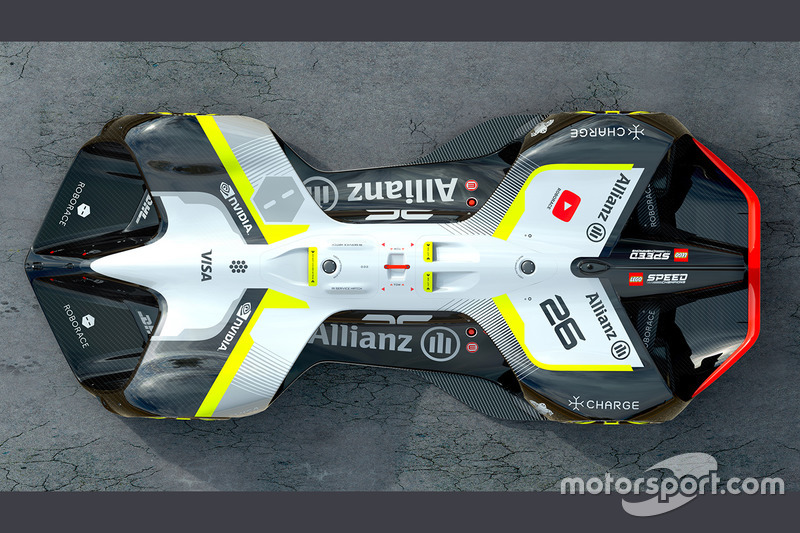 Roborace provides an open AI platform for companies to develop their own driverless software and push the limits in an extreme and safe environment.

The series is designed to be a competition of intelligence so all teams will use the same ‘Robocar’ as revealed today.

The consistency of the hardware means all efforts will be focused on advancing the software.

The ‘brain’ of the Robocar the NVIDIA DRIVE PX 2 - uses artificial intelligence to tackle the complexities inherent in autonomous driving. It utilizes deep learning for 360-degree situational awareness around the car, to determine precisely where the car is and to compute a safe, efficient trajectory.

“Roborace and NVIDIA today push the boundary to accelerate the development of deep learning systems for safer passenger and commercial vehicles,” said Rob Csongor, Vice-President & GM of automotive for NVIDIA. 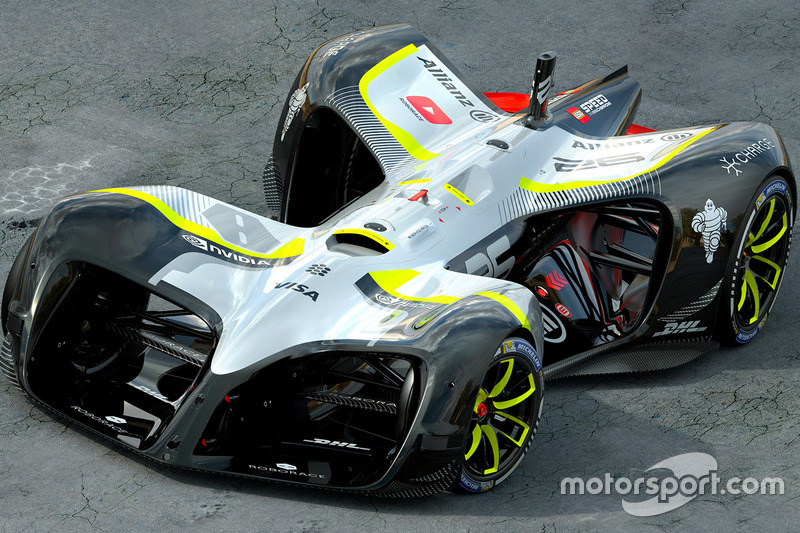 Michelin is the series’ official tyre partner, using the Roborace platform to develop its own next-generation road tyres that will be capable of handling the speeds and rigours of a new format of driving.

The tyres on the Robocar will also be used for everyday road cars as the series constantly looks to advance technology from the track directly onto our streets.

“At Michelin, we have always been committed to innovation and using global events and motorsport to take our products to the next level,” said Pascal Couasnon, Michelin Motorsport Director.

“Roborace now provides us with a unique opportunity to apply our expertise and knowhow to the world of autonomous cars. Michelin wants to help shape the future, not just be a part of it.” 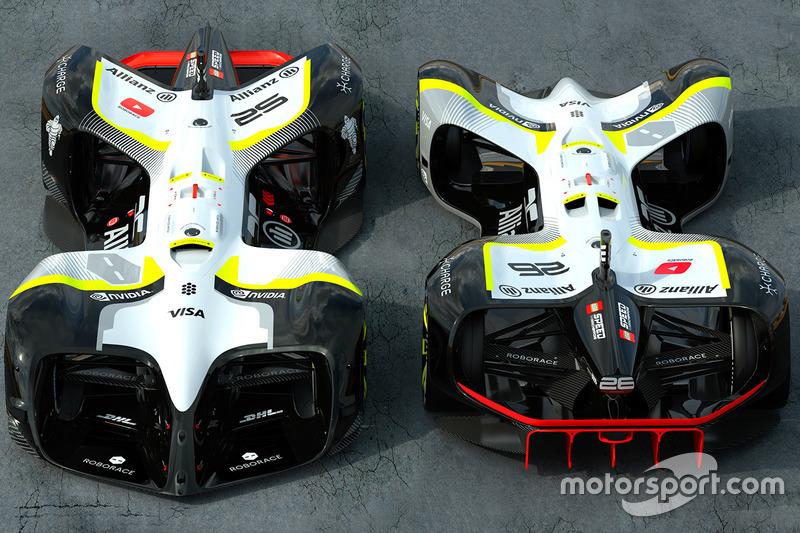 Roborace: “This car is from the future, and it’s here now”

The driverless racing car initiative Roborace will commence its inaugural season with an upgraded version of its autonomous development car and not the bespoke Robocar revealed last year.

The Roborace series is set to launch in spring 2019 and its races will feature a combination of professional drivers "teaching" autonomous systems, according to CEO Lucas di Grassi.