Roborace’s inaugural season is due to commence next spring, with its ‘Season Alpha’ calendar running partially alongside FE as both categories are all-electric.

However, Roborace CEO and 2016/17 FE champion Lucas di Grassi told Motorsport.com that the series is not restricted to running alongside its electric cousin.

He said he would be happy to work with other categories, including F1, to showcase technology and boost its profile.

“It won’t be at all the FE events,” di Grassi said. “Some races will be with Formula E, and some on our own.

“There are no limitations to partnering other championships. If Formula 1 wants to showcase with us to show artificial intelligence, we can do that.

“Or WEC, we could create a series where you can race 24 hours with one driver and artificial intelligence alternating in the car in the future.

“We’re not limited to FE. We can spread towards different categories.

The series will use an evolution of the development car that can also be driven by a human.

'DevBot 2.0' retains the LMP-inspired design of the original Roborace test mule but will be rear-wheel drive instead of all-wheel drive and has updated styling and hardware.

The new DevBot will be used for the first two seasons, known as 'Alpha' and 'Beta' after the nomenclature used by developers for software testing ahead of a full release.

After evaluating how the concept will work in those seasons, Roborace plans to switch to the Robocar for the category's 'full release' and first proper season in 2021.

The current Robocar, launched officially in early 2017, is completely autonomous and has a bold, unique design with no cockpit, but this is likely to change because Roborace wants the final car to be able to be controlled by a driver.

Di Grassi, who has said the 2021 car would be "like the son of Roborace and DevBot together", said Roborace was focused on building something unique.

“It’ll be more of a show, less of a competition in the first few seasons,” said di Grassi.

“It’s a tech event, for tech companies to showcase what they are developing.

“We will not compete with any existing series. We want to create our own area of motorsport.” 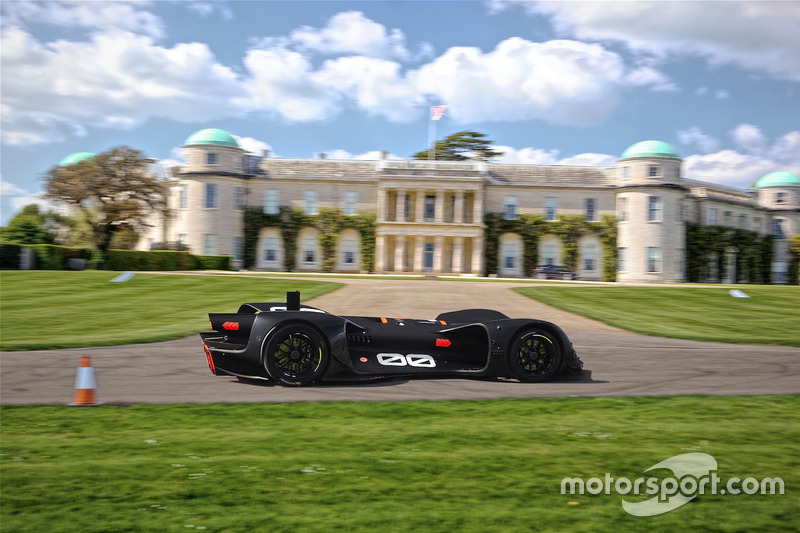