The Maserati Trofeo World Series returns to the Hungaroring 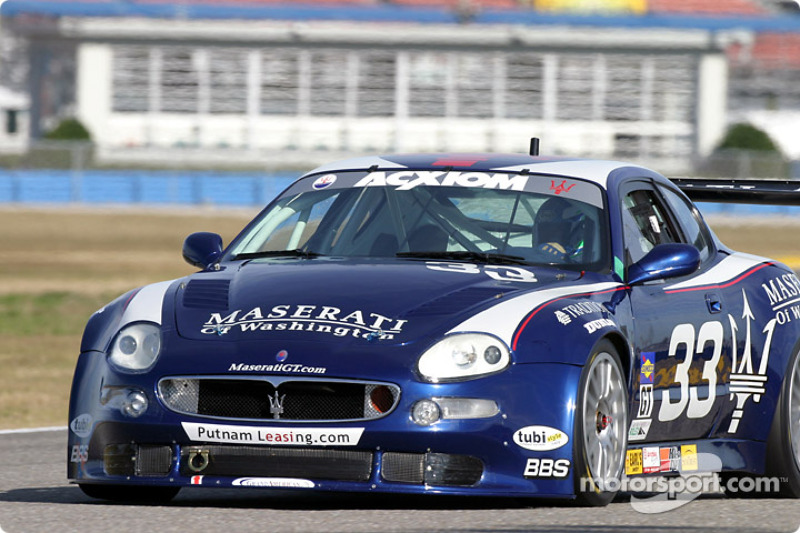 Budapest track also site of thrid round of DTM series

Round 2 in the Maserati Trofeo World Series, which features modifed versions of the Trofeo (in photo) will be held at the famous Hungaroring on 30 May-1 June. The Budapest track will also be staging the third round in the DTM series. Hungary will be the first time we see the 2014 three-race format (at Spa only two races were run). The endurance race will last 60’ (last year it was 50’) with a compulsory pit stop; the two 30' sprints will also be run.

The aim in tweaking the race times and points system is to level out the playing field even more. The rule changes now make victory in the endurance event enticing with 25 points on offer compared to 9 for the sprint. So, flat out speed will not be enough to take the title this year: drivers will need to be cute and calculated as well as being good behind the wheel.

There will be two all-female crews taking part, both from Hungary: in the No. 42 will be Adrienn Dansco and Edina Bus while Adrienn Vogel will share the No. 44 with Anita Toth. Toth is making a return to the Maserati series after competing in 2011 and 2012 alongside her partner Béla Csiszer.

The Maserati GranTurismo MC Trofeos return to Budapest after first appearing in June 2011 for Round 3. Then, Norbert Kiss, driving on his home track, swept the board: as well as topping the standings in free practice and qualifying, he took the chequered flag in the first two races. In Race 1, he was flanked on the podium by AF Corse's Cedric Sbirrazzuoli, from Monaco, and guest driver, journalist Janos Vida, from Auto 2 magazine. Guests cannot score championship points so Vida's haul went to Nicolò Piancastelli. Taking the runners-up slots behind the Hungarian in Race 2 were Dutchman Phil Bastiaans and, again, Italian driver Nicolò Piancastelli.

It was also at the Hungaroring that the Maserati MC12 scored one of its many wins. In 2006, the results of the two Maseratis gave Vitaphone Racing Team the title with two races to spare. All that was needed to secure the crown was a fifth place for Andrea Bertolini/Michael Bartels’ No.1 car and a seventh that was delivered by Jamie Davies and Thomas Biagi’s No.2. 2009 was also the year that the MC12 scored a fantastic one-two Bertolini/Bartels' win was topped off by the second spot taken by Alessandro Pier Guidi/Matteo Bobbi.

Maserati Trofeo World Series races can be seen after the event on Class TV in Italy and on MotorsTV in Europe. Real time coverage will be provided on Maserati Corse's social network channels with renowned broadcaster Radio Monte Carlo delivering track-side reports during the weekend.

A presentation clip of the Budapest weekend is available at: http://www.themovimagecompany.it/Maserati/Trofeo_Maserati_Promo_Round2.mov.zip