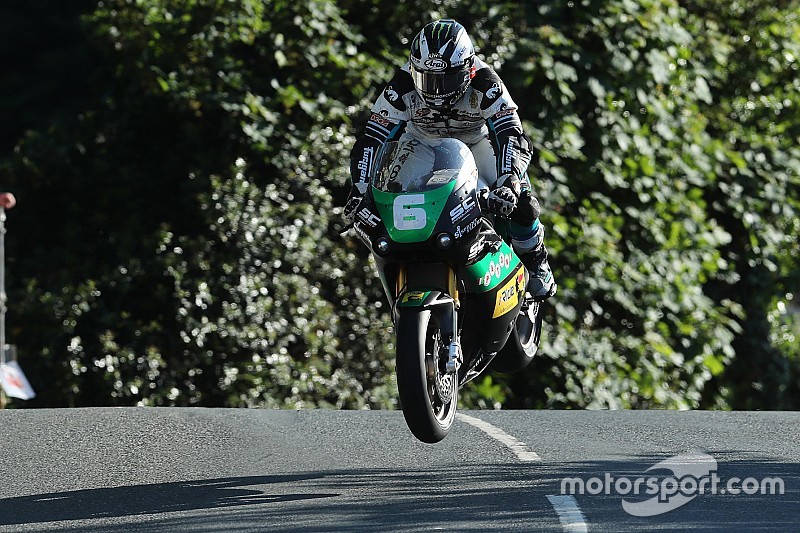 Multiple Isle of Man TT winner Michael Dunlop will return to the Isle of Man’s Southern 100 races in a fortnight's time, despite suffering a “serious” injury in a Rally Donegal crash that will mean he misses this weekend’s Pikes Peak Hillclimb in the USA.

Michael Dunlop was competing in his first rally of the season at the event in Donegal last week, when he and co-driver Mac Kierans crashed their Ford Escort MkII on their second pass of the Knockalla stage. A statement released by his own MD Racing team revealed he had suffered “serious injuries” in the accident, and has been forced to pull out of the famous Pikes Peak Hillclimb this weekend as a result.

The extent of his injuries are still unknown, but a statement from Southern 100 organisers revealed Dunlop had been in contact to confirm his first appearance at the event since 2017. Dunlop will race his Tyco-run S1000RR BMW Superbike and his own MD Racing-backed Honda CBR600 in the Supersport class in his bid to add to his three solo titles at the event.

The S100 statement read: “The three-time Southern 100 Solo Champion in 2011, 2012 & 2016 contacted race secretary George Peach to confirm his arrival on the Sunday prior to the practices starting on the Monday evening [July 8], also confirming that he has his BMW Superbike and Honda Supersport machines being set up for the races on the 4.25-mile Colas Billown Course.

“Having withdrawn from the Pikes Peak event after sustaining an injury in the recent Donegal Rally, Michael said he wants to rest and get back to full fitness with the aim of wresting back the coveted Solo Championship title from current double winner Dean Harrison.”

Dunlop made his racing return in May's North West 200 event in Northern Ireland, having been absent since last year's TT following the death of his brother William at the Skerries 100 last July. He came into the NW200 already carrying injury, after hurting his wrist in a crash during a test in Kirkistown.

Scoring a podium in the first Superstock race at the NW200, Dunlop scored his 19th TT victory this month with a win in the Lightweight class aboard the Paton.

Reigning double S100 solo champion Harrison comes into this year's races off the back of his first big bike win at the TT, after guiding his Silicone Engineering Kawasaki to victory in the Senior finale.