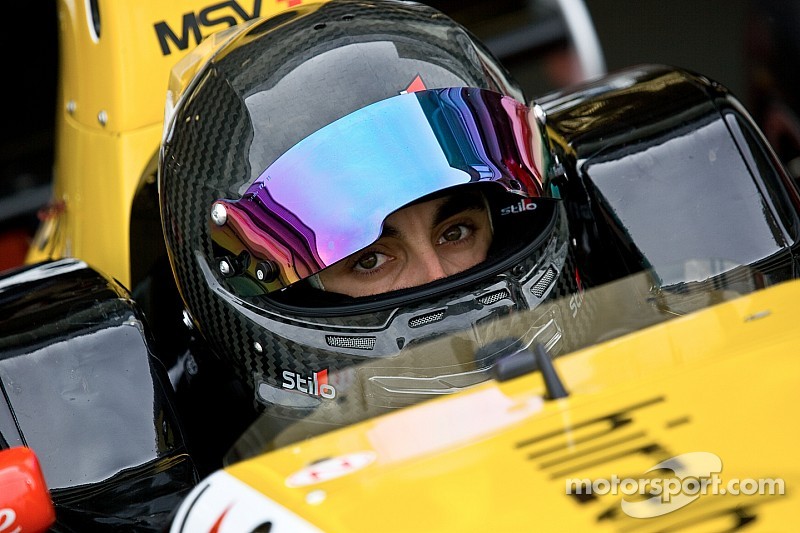 With one race left, his lead is more than enough for tile.

Mauro Calamia (in photo, from a different series) is the 2014 Maserati Trofeo World Series champion. The Swiss Team driver won the final race at this weekend’s fifth round in Shanghai, China. Calamia made the title a mathematical certainty with one round still to go thanks to the lead he has over the rival Riccardo Ragazzi.

Race 3 again saw a pack of quick drivers break away: Calamia, Ragazzi, Giorgio Sernagiotto and Alan Simoni. This state of affairs lasted until lap 3 when the Swiss driver, put off by back-marker Marc Turley, allowed Ragazzi to sneak past. Then came the pit stops with Calamia, Ragazzi and Simoni all having 20 seconds added. Profiting from only having a 5-second stop was Sernagiotto and he duly moved into the lead; Calamia later outdid Ragazzi who was perhaps hindered by a few lapped drivers.

On lap 20, Calamia went for broke and overtook Sernagiotto. He barged his way into the lead and went on to take his seventh win of the season. Following him across the line was Riccardo Ragazzi, who had found a way past a Sernagiotto whose struggle with worn tyres eventually saw him finish on the podium for the second time this weekend. In fourth came Alan Simoni with fifth going to Andreas Segler after a thrilling fight with Tengyi Jiang, Alessandro Iazzetti, Carlo Curti, Giuseppe Fascicolo and Lino Curti. Once the show was over, Fascicolo and Curti were penalised 26.577 and 26.547 seconds, respectively, for not respecting the pit lane stop times.

The Shanghai event concluded with a prize-giving ceremony in the Maserati Hospitality zone with awards bestowed on Peiran Lin and Lou Meng Cheong, among others.

Mauro Calamia: “I can finally call myself champion. It is fantastic winning with one round to go, showing my worth on the track. It has been a long and difficult season. At Shanghai, not my favourite circuit, I managed to claim two wins and get the points I needed to take the title. I would like to dedicate this victory to the Swiss Team staff: they have helped me grow and have always supported me”.