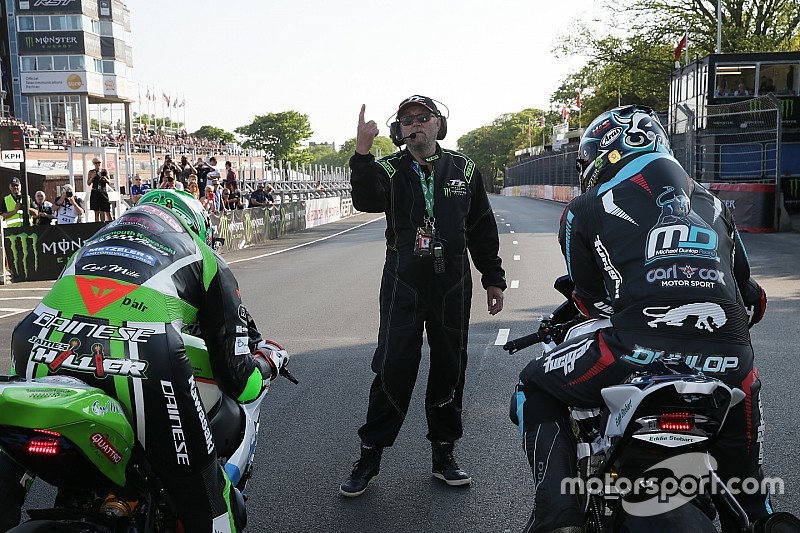 Isle of Man TT organisers have announced a new red flag procedure has been put in place following an incident with a course car which has left Steve Mercer in a critical but stable condition.

Wednesday night's combined Superbike/Superstock/Supersport practice was red-flagged 10 minutes in due to a crash at Churchtown, which tragically claimed the life of popular Manxman Dan Kneen.

A further incident occurred when the riders were making their way back to the Grandstand, in which Jackson Racing rider Mercer collided with a course car on its way to the Churchtown accident.

Mercer was airlifted to Nobles Hospital on the island before being transferred to a hospital in Liverpool, with a statement from his wife Caroline earlier on Thursday confirmed he has suffered “serious injuries”, while a further update confirmed he was in a “critical but stable” condition.

In a bid to avoid a similar incident from happening, a new procedure has been announced by Isle of Man TT Clerk of the Course Gary Thomson which will take effect from Thursday evening's running.

If a red flag is shown, regardless of where on the 37.75-mile circuit, it will be deemed as a full-course red flag.

Riders will be forced to stay where they are on the circuit until the incident has been cleared, no matter how long that may take, and will only be able to move under the control of the travelling marshals.

Thursday's practice is set to get underway at 1820, and will follow Wednesday's cancelled schedule of a combined Superbike/Superstock/Supersport/Newcomers session, followed by an outing for the Sidecars and a lap for the electric TT Zero machines.