Isle of Man TT winner James Hillier will contest this year's event with Bournemouth Kawasaki for an 11th-successive season.

Hillier made his TT debut with the Quattro Plant Wicked Coatings-backed team in 2008, and has taken 12 podiums in that time, including victory in the 2013 Lightweight race.

He was expected to remain with the Bournemouth outfit for 2019, and the deal was confirmed at the MCN Carole Nash Motorcycle Show on Friday, with Hillier admitting the team is now “ready for that big win”.

“We both know how we work, we both know what each other wants in terms of the bike, we've grown and learnt together,” said Hillier, who will ride in the Superbike, Supersport and Superstock classes at the TT and the North West 200.

“We're definitely ready for that big win, we definitely deserve it now, we've put all the ground work in and we've been close a couple of times.

“Again, we're going back stronger for this season and fingers crossed we can pull it together and get what we both want.”

Hillier will be equipped with the all-new ZX-10RR in the SBK events, and believes its new engine design will “make my life a little easier” through the TT course's fast corners.

“I think low engine pick-up is a big key for the TT, and we run a lot longer gearing than a short circuit bike,” he added.

“More low-down grunt, and also the high speed corners, the lighter engine is going to help with the turning of the bike, changing direction at highs speeds.

“So it's very hard to get a full analysis on a short circuit [during testing next week].

“It will be our first full lap when we get to the Isle of Man, through the fifth, sixth-gear corners where you sometimes have to grit your teeth, really wrestle the bike, [it] will hopefully just make my life a little bit easier.”

Hillier will be partnered with British Superbike frontrunner Glenn Irwin at the North West 200 in May. Irwin has joined the title-winning Bournemouth squad's BSB line-up this year.

In other TT news, Dominic Herbertson will join the new Davies Motorsport team on Kawasaki machinery this year, while 2018's fastest newcomer Davey Todd (below) has been signed by the Penz13 BMW squad. 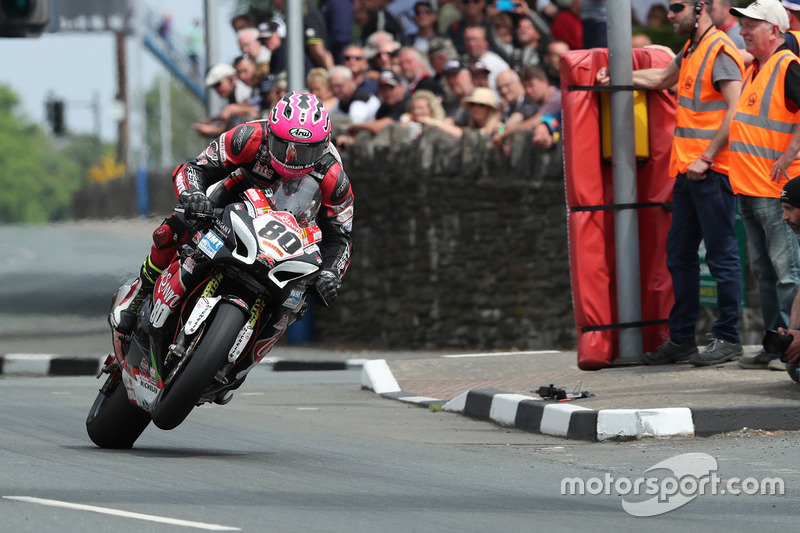