Isle of Man TT winners Peter Hickman and Michael Dunlop's pre-season preparations took another hit, as both were forced to miss the Silverstone British Superbike test.

Hickman and Dunlop are both set to race the brand-new S1000RR BMW in the Superbike and Superstock races at this year's TT, with the former also campaigning in BSB on the bike in Smiths Racing colours.

Both missed the BSB tests at Monteblanco and Portimao last month due to the Smiths and Tyco Racing teams taking late delivery of the new S1000RR.

They had expected to be ready to make the final official BSB test ahead of next weekend's season-opener, but were forced to abandon those plans, and will now carry out private running in the coming week.

A brief statement on Twitter from Smiths read: “The boys have been working round the clock to get the 2019 BMW ready for round one [of BSB]. Unfortunately we won't be making the test today at Silverstone.”

Tyco BMW released its own short post, which stated: “[We] won't be on track as we are busy in the workshop with final preparations to these beauties for further testing this week ahead of round one at Silverstone.” 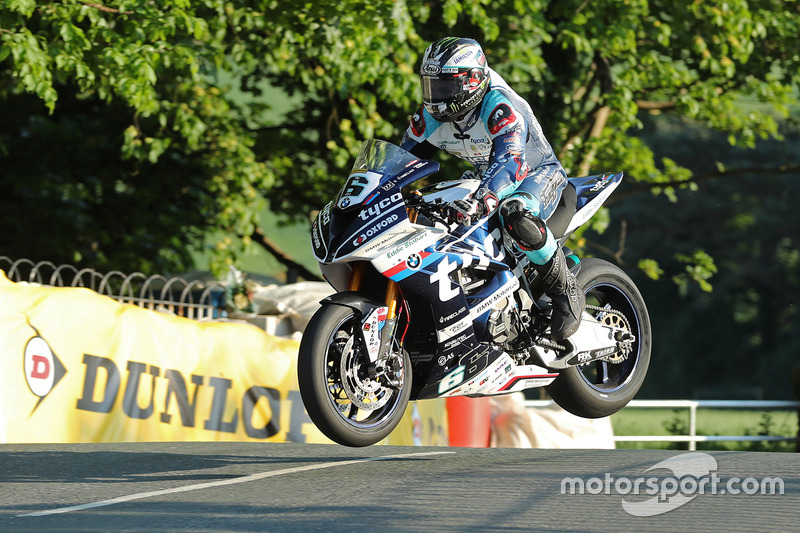 Double TT winner Hickman has been a regular in BSB since '06, has finished the last two seasons inside the top five of the championship.

During the ’19 TT launch event, Hickman told Motorsport.com the newness of the S1000RR already put him on the “back foot” coming into the new year without the delays in testing.

As well as Hickman, his BSB teammate and former MotoGP rider James Ellison was also forced to miss the Silverstone test – though both completed some laps on the BMW at Le Mans last week on the Dunlop Test Team bike.

The test was topped by McAMS Yamaha runner Jason O'Halloran, who fired in a 54.372s lap of the National circuit late in the final session of the day.

MotoGP convert Scott Redding completed the top 10 on his Paul Bird-run Ducati Panigale V4 R, 0.558s off the pace and a place behind former Ducati World Superbike rider Xavi Fores on the Honda.

TT regular Dean Harrison will campaign his second full season in BSB for the Silicone Engineering Kawasaki team, having first made his debut in the series in the latter stages of '17.

The double TT winner was 1.8s off the pace on his ZX-10RR in 25th on the test timesheets, with fellow road racers James Hillier (Bournemouth Kawasaki) and Padgetts Honda's Conor Cummins 24th and 30th as they continue their TT preparations.

Hillier will also contest rounds of the National Superstock Championship this year, while three-time TT podium finisher Lee Johnston will race in the Supersport series.

Johnston was present at the Silverstone test with his Ashcourt Racing Yamaha R6, and was 35th on the combined Superstock, Supersport and GP2 timesheets.

BMW calls up Hickman for Donington WSBK round