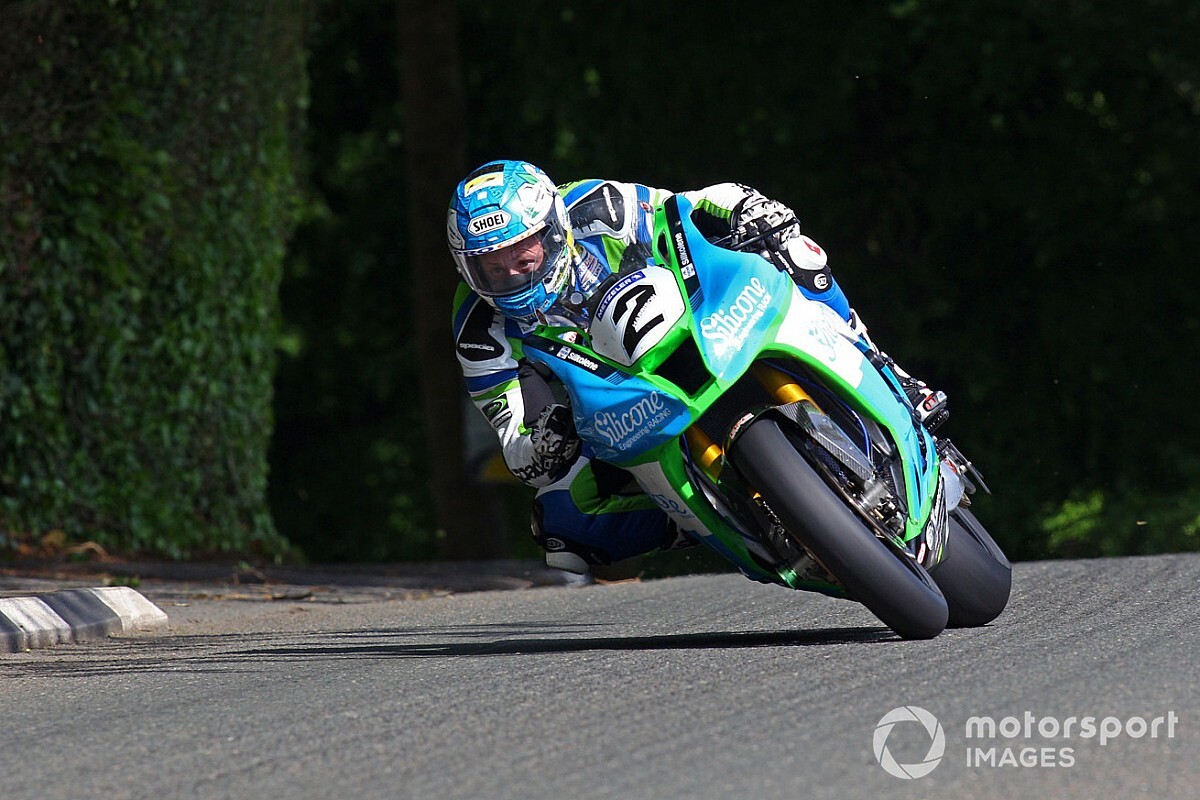 Hickman looked on course to secure his sixth TT win having led by 20 seconds on the fourth lap, but was overhauled by Silicone Engineering Kawasaki's Harrison after the Smiths machine hit mechanical troubles.

A triple winner this week, Hickman was forced into running his Superbike – which he suffered issues with in last Sunday's practice - for the Senior instead of his preferred hybrid Superstock machine.

The Smiths rider led Harrison by 0.3s on the run to Glen Helen on the opening lap, and was a second clear at the Bungalow, having been within 0.118s of Harrison at Ramsey.

Hickman's lead extended to over two seconds as he passed the Grandstand to start his second tour, and he was eight seconds clear as they entered pitlane for their first stop at the end of the lap.

Harrison's deficit to Hickman continued to increase across the third tour, with the gap close to 20 seconds by the time they came in for their second pit stop on lap four.

However, Hickman's lead was slashed to just 7.9s at Glen Helen on lap five, with a lowly top speed of just 159mph compared to the 191mph for Harrison through the Sulby speed trap confirmed the BMW had developed an issue.

Harrison was just 1.1s behind at Ballaugh, and took over the lead at Ramsey by 7.8s, extending this to 18.3s over the mountain to start the final lap.

The Silicone Engineering rider would be unchallenged to the finish, as Harrison cruised to his third TT win and his first of the week by 53 seconds.

Hickman's issues allowed Padgetts Honda's Conor Cummins to reel him in over the final two tours, but Hickman managed to hold onto second by 5.8s.

John McGuinness's Norton expired at the Bungalow on lap one, while Honda duo Ian Hutchinson and David Johnson were retirements on the second tour.

Supersport race winner Lee Johnston was a non-starter on the Ashcourt Racing BMW.