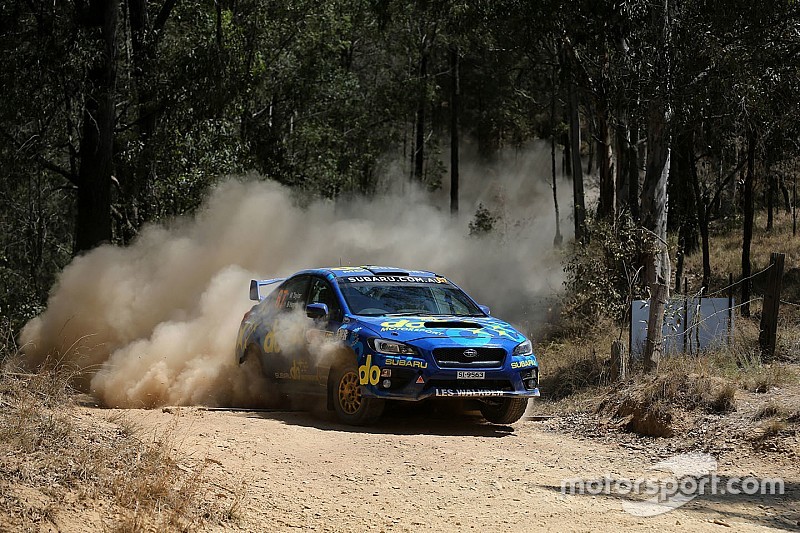 The factory-backed Subaru driver had to do it the hard way, the final results only decided at the end of the final round in Coffs Harbour when on-road winner Mark Pedder was handed a penalty for checking in early to the final stage.

That meant Taylor and co-driver Bill Hayes prevailed in a tight three-way title battle with Harry Bates and Simon Evans, winning the title by just two points thanks to being elevated to first after Pedder’s penalty.

“I can confirm today that dreams really do come true,” said Taylor.

“Talk about taking it down to the wire! We knew we had to give it everything on those last two stages after a really consistent run all weekend and we pushed so hard.

“And then to get the news that there was a possible penalty for Mark, it was like being on a rollercoaster.

“Bill, [team boss] Les Walkden and the team have done an amazing job all year and it’s such a pleasure to work with a truly professional outfit that has an amazing team spirit.

“We’re so pleased to be able to do it for Subaru too, with their incredible rally heritage.”

Subaru Australia Managing Director Colin Christie added: “We’re ecstatic with this result on so many levels.

“It’s wonderful for Molly to not only win the drivers' championship, but also become the first female to do so and we’re honoured to have such a fantastic role model to inspire young people.

“Equally, we’re proud of Bill in taking out the co-drivers' championship. Together Bill and Molly have worked as a wonderful partnership throughout the season and it’s a great credit to them that they have seized their respective titles.

“Les Walkden and his team have displayed tremendous professionalism all year and we’re delighted with their achievements on behalf of Subaru do Motorsport.

“It’s all been underpinned by the great engineering and reliability of the production class WRX STI – we couldn’t ask for a better advert for this incredibly versatile car.

“And we’re also honoured that after more than 10 years out of domestic rallying, Subaru has returned to continue its unbroken run of championship wins.”

While Taylor has been crowned champion, the result may still have some slight doubt hanging over it should Pedder opt to appeal the penalty and attempt to have the win reinstated.