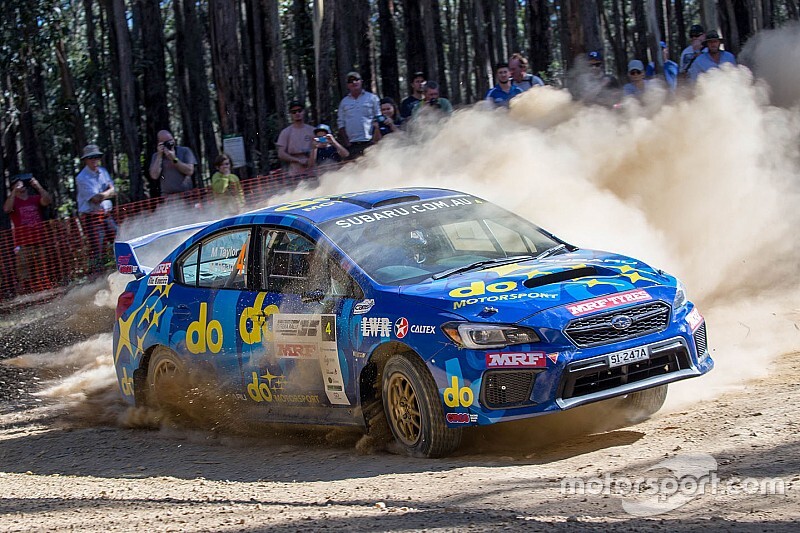 The brand will close down its single-car ARC programme, spearheaded by Molly Taylor, after four years of factory backing.

The partnership made history in 2016 when Taylor became the first female driver to win an ARC title, marking a successful return to the Aussie rallying scene for Subaru after a 10-year hiatus.

The Subaru programme was run by Les Walkden Rallying for the first three seasons, before moving to Orange Motorsport Engineering for 2019.

"Subaru Australia has announced it will not compete in the 2020 Australian Rally Championship," read a statement from the manufacturer.

"After four years of participation under the Subaru do Motorsport banner, the brand has curtailed its domestic rally programme while it refocuses its performance car marketing in other areas for the foreseeable future.

"The team distinguished itself with a win in the 2016 championship that made history with driver Molly Taylor becoming the youngest ever (at the time) and first female champion.

"Despite the end of the current programme, Molly Taylor will be retained as a Subaru brand Ambassador and will participate in a variety of events including customer promotions, drive days, dealer network and staff functions."

Taylor took to social media to thank the brand for its backing over the past four seasons, as well as some key figures such as LWR boss Les Walkden, OME boss Craig Brooks and co-drivers Bill Hayes and Malcolm Read.

“Today I share with you the news that the Subaru do Motorsport programme will not continue in 2020. I will however, continue to be a Subaru Ambassador and we still have a lot in store for next year,” she wrote on Facebook.

“The last four years have changed my life more than I could have ever imagined. I can’t put into words just how grateful I am to Subaru, Les Walkden, Craig Brooks, Bill Hayes, Malcolm Read, all the LWR and OME team members and sponsors. There’s too many to name. Thank you.

“I’m not sure what’s around the corner just yet, but if the last few years have proved anything, it’s that your dreams really can become a reality. I still have plenty more dreams to pursue and no doubt plenty of crazy adventures to come!

“Here’s to the next chapter and thank you to everyone for your support. It’s been a hell of a ride!”

Subaru's exit leaves Toyota as the only manufacturer with an ARC presence.