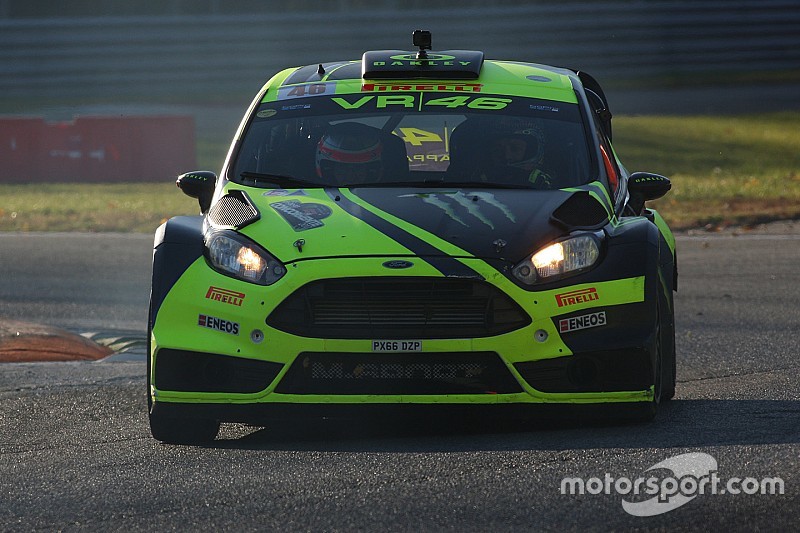 But his chances were dealt a blow as he was given a 10-second penalty when his 2016-spec Ford Fiesta RS WRC was found to be 7kg underweight ahead of the penultimate stage.

That gave a Bonanomi a lead of 2.7 seconds in his Citroen DS3, which he maintained in the penultimate stage before losing considerable time in the short final stage by going off-track twice.

Those errors allowed Rossi, who won the penultimate stage, to recover to win the event by 5.7s and move himself one clear of five-time victor Rinaldo Capello in the all-time Monza Rally winners' list.

Bonanomi ended up slipping down to third in the final standings behind Hyundai WRC drivers Thierry Neuville and Andreas Mikkelsen, who took it in turns behind the wheel of an i20 WRC.

Neuville won the opening stage of the event on Friday, and took another win on Saturday morning, but a 10-second penalty for hitting a circuit marker and then a left-rear puncture put paid to his and Mikkelsen's victory hopes.

A final win for the pair on the last stage of the rally left them 2.7s clear of Bonanomi in second place.

Another WRC driver - Citroen's Craig Breen - was present in Monza, but retired from the event on Saturday after his DS3 suffered an engine failure.