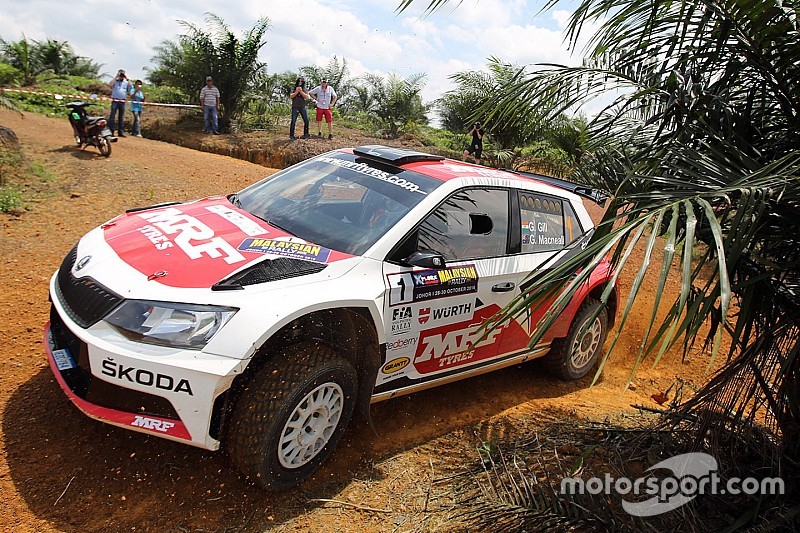 The Indian having led the way in Leg 1 with seven stage wins, only won one in Leg 2, but it was enough for him to not only win the rally but also take the 2016 title.

Completing the rally in 2hr48m12.5s, Gill was sublime all through in his Skoda keeping one-off entrant Jari Ketomaa (co-driver Mikko Lukka) at bay by 9m10.2s.

The 34-year-old Gill based in Delhi has been a dominant force in APRC this season, winning all the rallies so far and goes into his home round with the championship in his kitty.

Behind the top two, Cusco Racing's Yuya Sumiyama (co-driver Takahiro Yasui) completed the podium - with all three manufacturers represented on the rostrum positions.

With five stage wins to Fabian Kreim (co-driver Frank Christian) in Leg 2, the German came back in style after having retired on Saturday to be classified fifth in the end.

It was a sad end to Michael Young's (co-driver Malcolm Read) day after his Subaru was beached in SS9, the Kiwi was forced to retire from a strong third.