The world’s first fully-electric rally and rallycross car will make its competitive debut this weekend in Austria.

As revealed by Motorsport.com recently, the car built by Austrian firm STARD, owned by former WRC podium finisher Manfred Stohl, is the first of its kind in the world.

Following a testing programme, it will line up against ‘conventionally’ powered rally and rallycross cars at the Race of Austrian Champions this weekend, held at former European Rallycross venue Greinbach.

The car, known as HIPER, is currently in rally specification and will compete in the rally category, but with Austrian Rallycross Champion and World RX Team Austria owner Max Pucher competing in an up-to-date FIA World Rallycross specification Ford Fiesta Supercar in the rallycross class, direct comparisons will be able to be drawn between the two vehicles for the first time.

Former Group N World Rally Champion Stohl, who has conducted the majority of the testing kilometres, will drive the machine.

“This will be the first contact [for HIPER] against conventionally-powered competition. We currently have the car in rally specification,” Stohl told Motorsport.com. “I am very excited to see how the car will prove under competition circumstances.”

The venue, which was formerly a regular on the European Rallycross Championship calendar, features sealed and unsealed surfaces, presenting comparable track conditions for the development of the rally and rallycross car.

Despite impressive performance figures (544 horsepower and 760nm torque), STARD CEO Michael Sakowicz is has stressed that Sunday’s event is just continued testing for the machine, which currently utilises an adapted Peugeot 207 Super2000 chassis.

“Having completed a good amount of ‘free’ testing, it is time for us to see how the car will behave in a competition situation as part of our testing plan,” he told Motorsport.com.

“Naturally drivers handle the car in different ways whether it's in competition or just an open testing session. The world changes a bit for a driver as soon as the helmet is put on, and we are keen to see how that will work out.

"Of course from a technical standpoint it is interesting to have a first comparison with conventional technology. However, for us at the moment this is simply part of the testing process, just in a different and more realistic environment.” 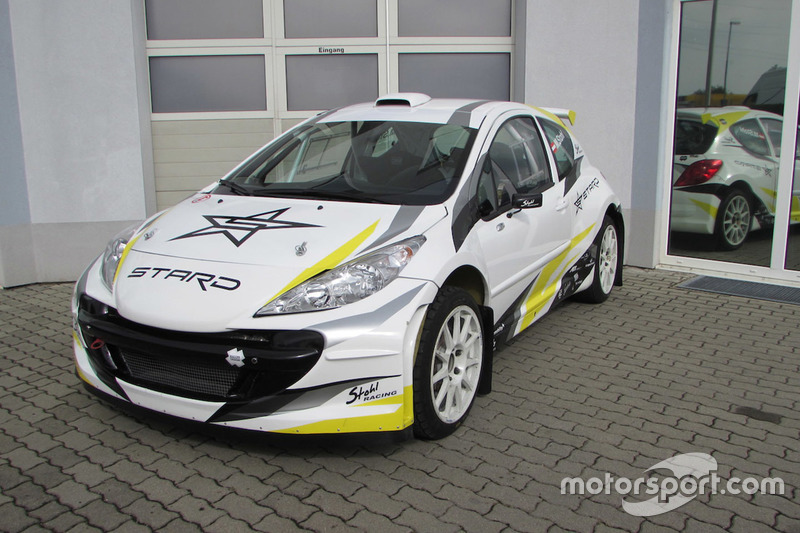