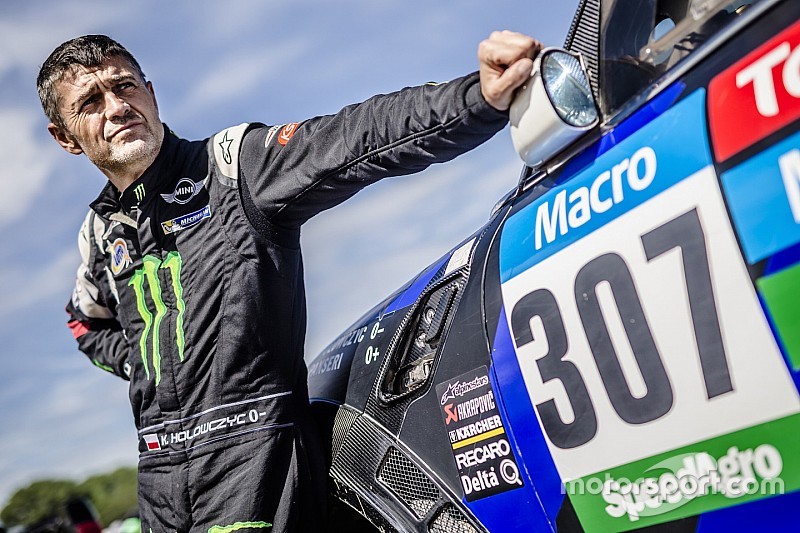 53-year-old Krzysztof Hołowczyc has made the decision to retire from cross country rallying.

"It was a very special rally for me, because it's the last one in my intense career. A lot of people have supported me over the years and I would like to say thank you to all of them. I'm not going to take part in the Dakar Rally anymore, "said the Pole during the podium ceremony.

"Over they years I've worked with many teams, co-drivers and great people. Too many to list. Especially the last ten years of my career that I've spend in cross country rallying, I've spend amongst some wonderful people. I've been a part of X-Raid for five years. A team that gave me a lot and taught me professional sport. I would like to thank them a lot, especially Sven Quandt. He helped me in my hardest moment, when I wasn't able to compete he said: 'you're with us, you're going to drive'.

"I've won the FIA World Cup and came third in the Dakar, and It's all thanks to Sven, added Hołowczyc, who together with his co-driver Łukasz Kurzeja won three out of five stages on his way to a victory in the final off-road appearance of his career. Championship leaders Nasser Al-Attiyah and Mathieu Baumel came second with Bernhard Ten Brinke and Tom Colsoul completing the top three.

The 1997 European Rally Champion made a transition to cross country rallying back in 2005, with a win in the 2013 FIA Cross Country Rally World Cup, third place in this year's Dakar Rally and a total of five victories in Baja Poland being the highlights of his off-road career.

This year, apart from his off-road commitments, the 53-year-old takes part in the RX Lites series, a support class of the World Rallycross Championship,and currently lies 10th in the standings. Next season, both Hołowczyc and his protege Martin Kaczmarski are expected to step up to the main Supercars category of the World RX series.